Yen Press announced at its panel at the Sakura Con event on Friday that it has licensed three new manga, four new light novel series, and one artbook. The company also announced that it will release a new omnibus edition of Mari Yamazaki‘s Thermae Romae manga (Yen Press previously released the manga in three hardback omnibus volumes).

The new manga, light novel, and artbook licenses include: 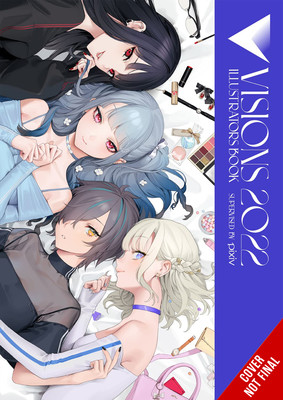 Title: Visions 2022 Illustrators Book (artbook)
Author(s): pixiv Inc.
Summary: A stunning art collection essential for art lovers and book collectors alike. The ultimate collection of pixiv artists is back! The 2022 compilation features 170 of some of the greatest creators on the platform—all of whom have made an impact on the artistic field. With an abundance of styles from retro to modern and beyond, there’s something for everyone to love! 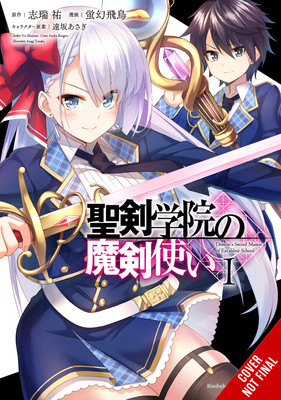 Title: The Demon Sword Master of Excalibur Academy (Seiken Gakuin no Maken Tsukai) (manga)
Author(s): Yū Shimizu (story), Asuka Keigen (art)
Summary: The manga adaptation of the light novel series soon to be an anime! One thousand years ago, Leonis Death Magnus, undead sorcerer and the greatest of the Dark Lords, entered magical stasis during a climactic battle. When he awakens, he finds a beautiful silver-haired young woman named Riselia standing before him. More shockingly, Leonis has been transformed into a ten-year-old boy! Now he’ll have to adapt to this strange era and deal with the twisted monsters called Voids—all while keeping his true powers a secret from his lovely new guardian. 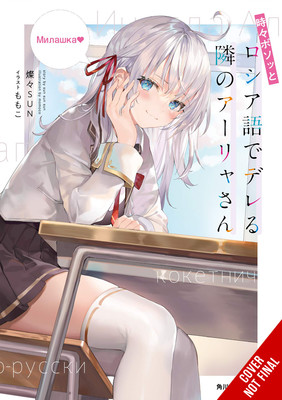 Title: Arya Sometimes Hides Her Feelings in Russian (Tokidoki Bosotto Russia-go de Dereru Tonari no Arya-san) (light novel)
Author(s): Sunsunsun (story), Momoco (art)
Summary: A romantic comedy perfect for fans of Chitose Is in the Ramune Bottle and The Girl I Saved on the Train Turned Out to Be My Childhood Friend. Masachika Kuse sits next to Arya, a girl of Russian and Japanese descent. She’s beautiful, haughty, and an exceptional student, while Masachika is nerdy and known for being a slacker. He’s an easy target for her comments in Russian, which she’s all too happy to translate—except he can understand what she’s really saying! 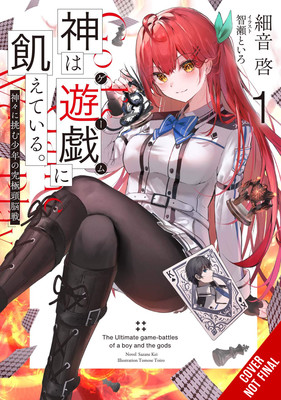 Title: Gods’ Games We Play (Kami wa Game ni Ueteiru) (light novel)
Author(s): Kei Sazane (story), Toiro Tomose (art)
Summary: An epic fantasy soon to be an anime! When the gods grow bored, they decide to spice up their eternal existence by challenging all takers in an ultimate battle of wits! Of course, these deities are capricious, unfair, and incomprehensible at the best of times, so winning is virtually impossible for a mere mortal. Even so, things are bound to get interesting when a former goddess and a genius human boy team up in a bid to win the game to end all games! 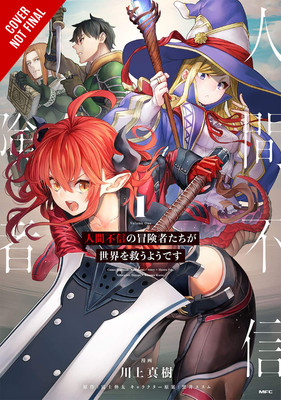 Title: Apparently, Disillusioned Adventurers Will Save the World (Ningen Fushin no Bōkensha-tachi ga Sekai o Sukuu Yō Desu) (light novel)
Author(s): Shinta Fuji (story), Susumu Kuroi (art)
Summary: A playful take on isekai tropes that will be a good fit for readers of Banished from the Hero’s Party, I Decided to Live a Quiet Life in the Countryside. Nick used to be a member of a veteran adventurer party, helping his undisciplined friends with the accounts whenever he could. But what was his reward? Getting accused of embezzlement and kicked out by the leader he respected. Before long, he finds a few other jaded adventurers and kindred spirits, and together, they form their own unstoppable party! 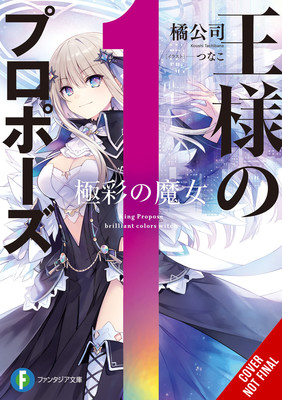 Title: King’s Proposal (Ōsama no Propose) (light novel)
Author(s): Koushi Tachibana (story), Tsunako (art)
Summary: A new light novel series from the creative team behind the legendary Date A Live. Saika Kuozaki is an all-powerful witch with looks to die for. She’s also the only woman who can thwart the mysterious entities attempting to destroy the world once every 300 hours. When Saika is mortally wounded, however, she bequeaths both her powers and body to the normal high school boy who happens upon her, Mushiki Kuga. But just because Mushiki has her abilities doesn’t mean he can control them. To stand a chance of saving the world, he’ll have to attend an academy for mages as Saika—all while keeping his identity under wraps! 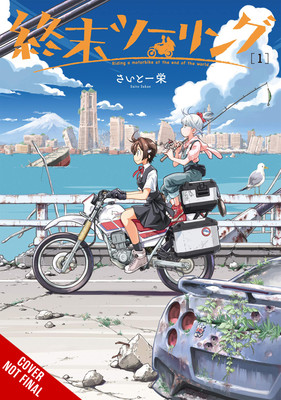 Title: Touring After the Apocalypse (Shūmatsu Touring) (manga)
Author(s): Sakae Saito
Summary: With a surprisingly upbeat tone, readers of Girls’ Last Tour will enjoy this trip through apocalyptic Japan. All alone after the end of days, two girls bike through the empty ruins of Japan—and they’re not about to let the collapse of civilization get in the way of sightseeing! Even when the world ends, their journey goes on. 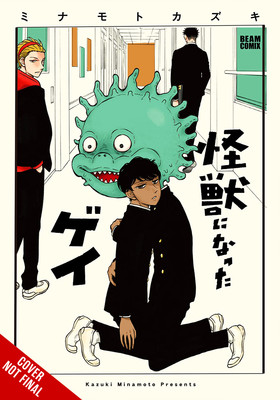 Title: The Gay Who Turned Kaiju (Kaijū ni Natta Gay)
Author(s): Kazuki Minamoto
Summary: Bullied for being gay, teenager Takashi Arashiro wishes he could just be somebody else—but who could predict he’d morph into a giant-headed sci-fi creature?! Takashi’s tumultuous emotions become the catalyst for personal and social exploration of the LGBTQ experience in this quirky, profound manga from prolific BL author Kazuki Minamoto.