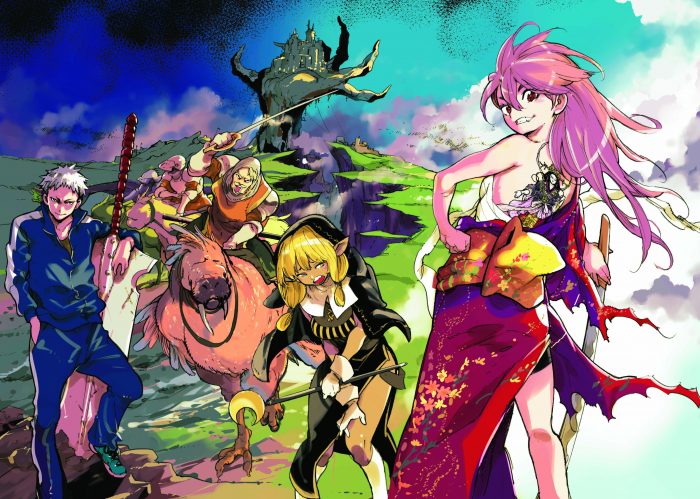 A Cute Yakuza Princess in a Fantasy World

Despite so many variations throughout the years, the popularity of isekai stories hasn’t gone down yet. On the contrary, the hype behind this genre is still stronger than ever. There are hordes of fans out there that are always on the lookout for some new and exciting isekai tales. If you are one of those fans, then you’re in luck because there is a new isekai manga in town and it promises to take its readers on a thrilling and unforgettable journey. The name of the manga is Yakuza Reincarnation, and here’s the review for volume 1.

Nagamasa Ryumatsu is a prominent Yakuza in the Shinjuku area. The people there gave him the nickname of the “Beast of Shinjuku”, and he was feared and respected by both allies and enemies alike. However, those days when he reigned supreme have long gone. He is just another old man in town now. During his daily patrol, Ryumatsu forces a group of youngsters who have been blackmailing innocent people to get out of his turf. Unfortunately, this decision soon turns into a one vs many brawl in an empty harbor where the young men inevitably beat up the old man. Not one to go down easily, Ryumatsu gathers his remaining strength, grabs the leader’s face with all his might, and jumps to their deaths. That is when a colossal figure appears and pierces through Ryumatsu’s heart. When he opens his eyes, he is now in a forest, surrounded by goblins and hooded men on horses. What’s even worse – now he lives in the body of a little girl by the name of Sanaria Riyu Lundberg, the princess of the Lundberg Kingdom. So begins the adventure of a petite princess who has the soul and attitude of a seasoned Yakuza, in a world filled with swords, magic, monsters, demons, and corrupted human hearts.

Why You Should Read Ninkyou Tensei: Isekai no Yakuzahime (Yakuza Reincarnation) 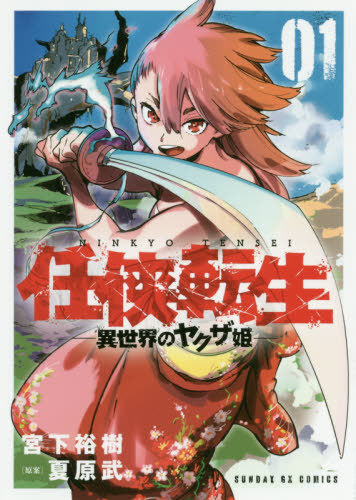 In most isekai stories, once the heroes accept the fact that they have to live in a new fantasy world, the first thing they do is learn and adapt to how the people live and fight in this foreign place. Haruhiro from Grimgar of Fantasy and Ash and Naofumi from The Rising of the Shield Hero learn how to use daggers and shields respectively, while both Rudeus from Mushoku Tensei: Jobless Reincarnation and Tanya from The Saga of Tanya the Evil learn how to wield magic. However, that is not the case at all with Ryu. He has been a martial artist and a Yakuza for all of his life, so the only fighting style that he knows is by using the strength of his fists. The moves and knowledge of how to beat people up have been deeply ingrained in his brain. That’s why he won’t bother to learn any other technique even if he has become a girl now. So what we get in the end is a petite girl with the face of an angel who will not hesitate to initiate a brawl and beat up people many times larger than her with her bare, bloody fists. The resulting brutal action sequences along with the contrast between Riyu’s adorable appearance and beast-like attitude is so fun and exciting to see.

Changing the setting of the story abruptly from the familiar modern-day Japan to a completely new and foreign world means having to explain lots of new rules and concepts to the readers. Sure, most readers who have read any fantasy manga before would know what magic and goblins are, but for all intents and purposes, the Lundberg Kingdom and everything else around it is something new to the readers. There are several ways to explain this kind of thing to the readers, but the best possible way is to let it come organically through the interaction between the characters. And that is exactly what Yakuza Reincarnation manages to do. We know Riyu is an actual princess from the comments made by her mysterious pursuer. We find out about the whole “Guiding Skill Tree” magical system from one of her aides. We see how the magic in this world works in the second chapter and we also know that the real princess Riyu is a kind and yet naive girl who doesn’t really know how the real world works through the rest of the story in this first volume . Sure, there are some exposition dumps here and there, but for the most part, the information is conveyed to the readers in a highly organic manner. This kind of world building technique greatly enhances the readers’ immersion in the story.

Why You Should Skip Ninkyou Tensei: Isekai no Yakuzahime (Yakuza Reincarnation)

There are lots of great things that can be said about Yakuza Reincarnation, but if there’s a reason as to why you should stay away from it, it will be because it is an isekai manga. As mentioned at the beginning of this review, isekai as a genre is incredibly popular right now to the point that there are new titles popping up every time you bother to look into any new manga releases. This overly saturated situation may create a sense of fatigue in some readers to the point that they might purposely avoid this genre entirely. And no matter how great Yakuza Reincarnation is, it is still an isekai manga at its core. So for those of you who prefer to read anything other than an isekai story for now, then unfortunately, Yakuza Reincarnation is not for you.

Yakuza Reincarnation offers a very interesting main character, intriguing story, fascinating world building, and ferocious action sequences. Some might avoid it due to the fact that it is just another incarnation of the overly familiar isekai genre. While, we urge you to at least pick up this first volume before making your final decision because Yakuza Reincarnation truly has the right ingredients for a story that can glue your eyes to the pages and steal your attention away for hours. On the other hand, maybe you have already read this manga. In that case, what do you think about it? Do you like it? Hate it? Are there any specific elements of Yakuza Reincarnation that catch your attention the most? Share your thoughts in the comment section below.