Sol Press was a North American localization company that specialized in manga, light novels, and visual novels. Founded in 2017, it had a lot of promise for a small publisher, licensing beloved niche titles like Chivalry of a Failed Knight, Blend Sand Is the order a rabbit?. But its release schedule was always erratic, indicating troubles behind the scenes.

The final nail in the coffin came late last year, when the business was listed as FTB forfeited on the California Secretary of State’s website, meaning the business’ taxes weren’t paid. The Newton and the Apple Tree visual novel was deleted from Steam in November. In February, all Sol Press books were removed from BookWalker Global.

What happened to Sol Press? Michael Valdez (AKA “Xev”), the founder and CEO of Sol Presshas not responded to messages, even from other core members of the Sol Press team, since mid-2021. Naturally, he could not be contacted for this article. In order to understand what exactly happened to the company, I spoke to some key figures familiar with Sol Press from its beginning.

A Business Revolving Around One Guy 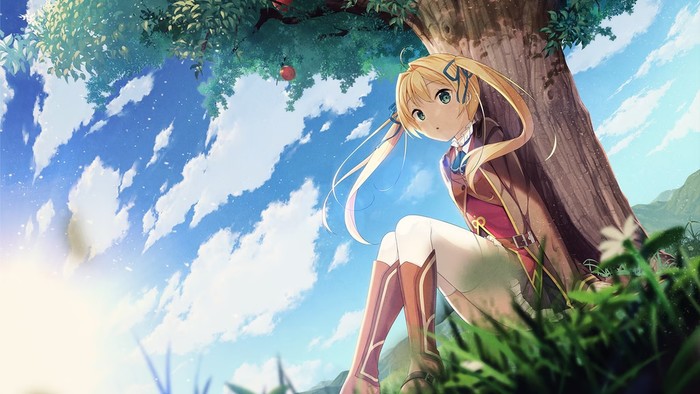 According to translator Andrew Hodgson (AKA “Steiner”), Valdez was an outsider to the world of localization, filled with big ideas and ambitions about shaking up the industry. His charisma as an individual was the reason industry veterans were willing to work with his venture. “Having dinner with him was always a pleasant experience,” Hodgson recalls. “He was very friendly and polite and I have to admit very charming.”

Banjo, the translator who worked on Newton and the Apple Treecredits Sol Press and Valdez as a major turning point in his life.

“He was a kind man,” Banjo told me. “He knew of my unstable situation in Venezuela and always sent care packages for my family. He even paid for a medical procedure my grandma had to go through at the time.” Banjo now lives in Panama, studying translation in university.

On the other hand, Hodgson said that Valdez’s inexperience with localization meant that he underestimated the costs of licenses and overestimated the sales potential. When the business encountered difficulties, he was uncommunicative with the team. Furthermore, because he is the only person with full access to the financials, his disappearance means that nobody else has been able to run the company in his stead. 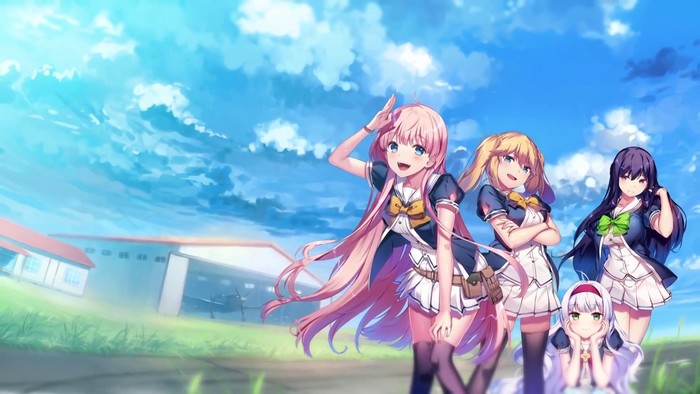 Rumors around poor pay and inefficient leadership began to circulate on social media around January 2019. Hirei, who joined the company as a project manager in 2018 after the Sekai Project layoffs, publicly disavowed Sol Press in March 2020, citing months of uncompensated work on the Under One Wing visual novel Kickstarter campaign. On top of her management work, she handled marketing, image editing, and quality assurance.

Hirei told me that Valdez was very insistent on doing the project as quickly as possible, and used this as the reasoning for not paying the originally agreed rate. This conversation allegedly happened after months of ghosting, during which Hirei accumulated approximately US$10,000 worth of labor. According to Hirei, Valdez’s final offer was $1,000. (Note: I was not able to obtain a copy of the contract to confirm the original terms of agreement.)

“I had contacted [Valdez] via a lawyer to try to get him to respond several times,” Hirei claimed, but received no response. The legal expenses were paid out of her own pocket, but were too steep for her to continue pursuing the matter. She has still not been paid the $10,000.

The irony in this instance was that Under One Wing was completed in just six months, a conventional time frame for a 20-30 hour visual novel localization, and shorter than Sol Press‘s subsequent projects. Although the technical jargon proved a significant barrier for translation, the team was committed to the timeline. The game was released on Steam on February 28, 2019, after being delayed from its original February 15 launch.

Hirei is proud of what the team accomplished under the constraints, and informed me that everyone else on the localization did eventually get paid; she personally made sure the other members got paid before asking to be compensated for her own work.

There are other similar stories among freelancers of late payments and arbitrarily lowered rates. Even those who were paid on time with their originally agreed amount remarked that Sol Press paid significantly below industry standard. “1 cent per character was hardly proper, but I didn’t know any better,” Banjo told me. “I was too used to peanuts to think I needed more. Leaving the hellhole that was Venezuela showed me that surviving wasn’t the goal of life, I suppose.”

What Will Happen to Sol Press Titles in the Future?

first of all, Steam and BookWalker Global aren’t the only storefronts removing Sol Press titles; because they are being removed by request of the original Japanese license holders, it will eventually become impossible to purchase Sol Press titles anywhere. “I would say it’s safe to assume [Sol Press] titles will be removed from all retailers by the end of the year,” Tsmalls said.

For refunds, consumers are unfortunately on their own. Tsmalls was able to issue refunds through the store’s backend until last month, but (possibly because the account has been overdrawn) the process now requires the absent CEO’s direct handling. Until Valdez returns, consumers will have to tackle the process themselves through their bank or PayPal.

What are the odds of a rescue license for the popular titles? Right now, it’s small but technically not impossible. Although the original Japanese publishers retain the rights for the titles, any company that wants to reissue Sol Press‘s translations would need to sign an agreement with Sol Press directly—and the remnants of the company are currently locked out from doing any kind of business transaction.

If a different publisher were to license a former Sol Press title, they would have to retranslate it from the start with significantly lowered sales expectations (because it was already previously available in English). There are very few titles for which this would make business sense.

If there is a title you desperately want to see a “rescue license” for, be sure to get in contact with other publishers about it, and even more importantly, indicate that you are willing to double-dip on your purchases. It’s an unfortunate situation for everyone, but that is the reality of failed businesses and the burdens they leave behind.