Recently the Anime News Network Interviewed Toyotaro. Toyotaro is the Manga artist of Dragon Ball Super and details the story based on Akira Toriyama’s outlines. He attended the New York Comic-Con this month and gave an interview to Anime News Network. We got some really important information regarding how he works with Toriyama and his plans for the franchise.

Some major points we got from this interview-

* Akira Toriyama only gives the basic outline of the story, and Toyotaro has the liberty to fill in the details.

* The Manga is going to get ahead of the anime once again.

* Potential hints about the upcoming story.

From what Toyotaro said it became very clear as to how he and Toriyama works. I’m going to highlight some of the best parts of the interview.

When asked about the working relationship with Toriyama, Toyotaro said-

Every month, I’ll create a storyboard for him to review, and then he’ll give me input and suggest changes. When I’m working with Toriyama, there are many portions he gives me props for coming up with, but he is very particular about other things and always points them out for me to correct. And when he corrects me, I think “Wow, I guess I don’t completely understand the way he looks at things,” so his corrections and feedback are incredibly accurate and helpful. It’s a lot of fun to be able to get closer to his way of thinking.

Then the interviewer further asked if he brings any change to the outlines given by Toriyama. He said- Fundamentally, I don’t deviate from the major plotlines that Toriyama’s laid down. As far as the plot getting from A to B, that’s written as Toriyama lays down. But as far as the details between those plot points, I’m free to fill them in myself. The Trunks arc within Dragon Ball Super will hit the US soon, and while a certain reveal is the same in the manga, anime, and Toriyama’s outline, both the anime and manga have different ways of getting there, each taking advantage of the unique aspects of their medium, so I hope everyone enjoys comparing them. The parts I really want my fans and readers to look at are the comedic gags because I’m pretty free to create those!

So, you get the basic idea. Akira Toriyama prepares the main story and basic character design, and then forwards it to the animation team and Toyotaro. They fill in the gaps, adds some details to complete the story. For which we notice some minor differences between the anime. Actually, the anime and the manga maintain Toriyama’s outline but approach the story and the events in a different fashion. I like this style of working instead of doing the absolute same thing in both the mediums. Mainly because it’s refreshing, we see different takes on the same story, also more information is revealed enabling us to understand the story and complex parts better.

For example, in the anime, Goku used Kaio-ken over Super Saiyan Blue against Hit, but in the Manga, Goku transformed into Super Saiyan God instead. Even though I liked the Kaio-ken better still I thought it was a good move to use the God form in the manga only because it was different, and since the Manga was coming out after the anime it had to be different to keep the fans interested. Also, if we consider the ‘Goku Black- Future Trunks’ arc we see a major difference in the way the story of Future Trunks with the Kaioshins was depicted. In the anime, we get a very short scene of Trunks defeating Dabura and Babidi, but in the manga, they showed how it all happened, and how the Kaioshins had to sacrifice their lives.

So, I like how the Manga comes in with some exclusive information helping us to understand the story better. Normally Toyotaro has to maintain communication with the anime team as they help each other out, but currently, he isn’t that involved as the anime is a bit ahead of the Manga. So he has to receive more information from the anime team. However, Toyotaro says the manga would go ahead of the anime once again. I think once it gets ahead of the anime it will get some fan attention again. Previously when the Manga was ahead, fans waited for each chapter very eagerly but the case changed after anime went too far ahead of the Manga. I think the Manga will go ahead of the anime after the end of this arc. It is expected that there will be some filler episodes and that is probably when the Manga will get to have its shot. Toyotaro talks about how Toriyama loves comedic moments. That we all know from Toriyama’s works. He says he enjoys drawing the Pilaf Gang characters even though we don’t really see too much of them in the Manga.

I find this part of the interview interesting yet slightly confusing.

The Interviewer- Among the gags in the manga, do you have a favorite one?

In the upcoming Trunks storyline, there’s a part where Trunks’ tutor explains a certain important part of the story…and I can’t go into more detail. So keep an eye out for that! Now, I’m not sure what he meant by the upcoming storyline, is he referring to the upcoming arc? Because remember guys, this is not an old interview this one took place very recently. The English Version of the arc is yet to be released could he be talking about that perspective? Or is it something that will be shown later in this very arc? 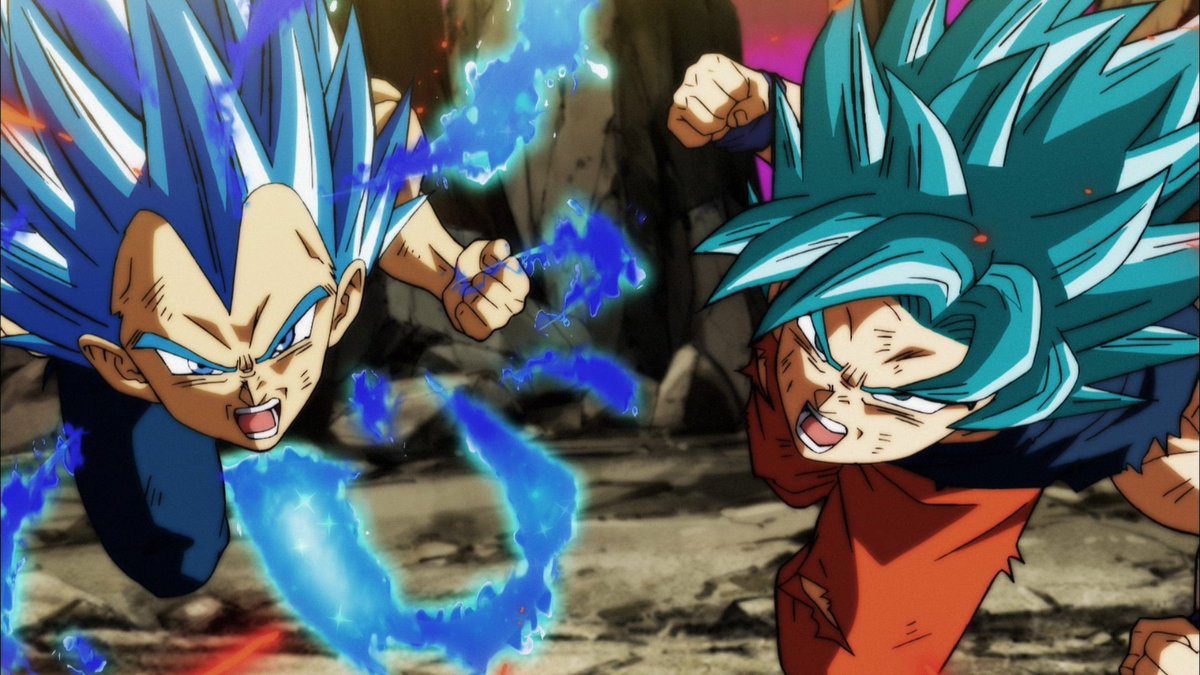 It mentions Trunks’ tutor but we didn’t really see any tutor of Trunks here. Kaioshins trained him, Vegeta trained him but this one sounds a bit different. Could he be talking about the present Trunks’ tutor or something like that? Whatever the case is it’s not that major, so let’s leave it there. In this interview, he states just how dedicated he is to follow and mimic the style of Toriyama. He mentioned he has no interest in creating an original of his own yet. So, it’s good for us to know that someone is trying to adopt Toriyama’s style while directly working with him

Toyotaro said he never thought about joining SHUEISHA or such for him being able to draw Dragon Ball stuff was satisfying enough no matter what the platform. We know he was related to a Dragon Ball fan manga known as Dragon Ball AF. You can feel where he came from right? He is now living the dream! From a fan manga artist to working with Toriyama to creating official Dragon Ball contents! Now, that’s some next-level shit, and something we all can take inspiration or motivations from. And I like how there’s no canon version or anything like that anymore. It pisses off the canon Nazis and I’m pretty happy about that.

Overall, the interview was really cool.