Tomodachi Game is a story about five high school friends, led by a disheveled boy named Yuichi Katagiri. They are kidnapped and forced to join a game called Tomodachi Game, or Friendship Game.

Throughout the series, they will be forced to play multiple games that are designed to break their friendship. Such as telling your friend’s deepest, darkest secrets to save yourself, or lying to your friends just to receive a lesser punishment knowing that what you do will make their situation worse.

If they lose or refuse to participate, they will be forced to shoulder hundreds of millions of Yen worth of debts. And even if any of them win, they will leave irreparable damage to their friendship. So it is basically a lose-lose situation for Yuichi and his friends.

However, what most people may not realize is the fact that underneath his gentle eyes and pleasing smile, Yuichi can be extremely ruthless. Tomodachi Game somehow manages to bring forth a part of him that he tries to bury for a long time. So begins the journey that will change the life of Yuichi and his friends forever.

Why You Should Watch Tomodachi Game 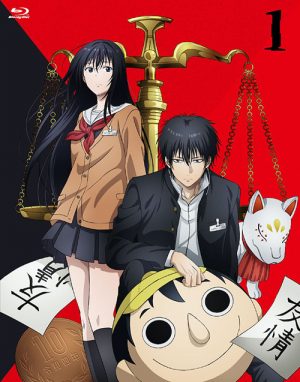 1. Not An Ordinary Death Game

Death Game as a genre is nothing new to the anime world. From Alice in Borderland to Btooom, there have been quite a few good anime in this genre. Some even revolve around money and debts, such as Kaiji and Kakegurui.

What makes Tomodachi Game different, however, is its emphasis on friendship, and ways to destroy or strengthen it. And to top it off, the inclusion of the “No violence allowed” rule makes the games so much more dynamic and interesting compared to the straight-up killing and massacre that usually happens in this genre.

One of the most fascinating aspects of Tomodachi Game is its character development. Most anime focus on the development of the main character only. This is a reasonable thing to do, after all, this is their story.

However, Tomodachi Game manages to offer growth and development not only to its main character but also to the majority of its supporting cast members. We witness the transition of Yuichi from the nice guy to what could only be considered an anti-hero. Similar things also happen to his friends.

At first, they are just a bunch of regular high schoolers who simply want to enjoy their days with their best friends. However, as we progress from one game to the next, we get to know more about them. Their backstory, their motivation, how they think, how they make certain decisions, and how the games slowly change who they are inside. The people that we see in the first episode are different from the people that we see in the last episode. And that is a sign of good character development.

Why You Should Skip Tomodachi Game

As stated above, the games and challenges in Tomodachi Game are designed to put its participants in a terrible dilemma and potentially break their friendship. This first season has about four games in total. Each has its own unique rules and objectives, but the underlying motive of friendship, trust, and debts are still there.

If you’ve followed this series closely, you’ll inevitably notice the basic formula that goes into every single game. Aside from the aforementioned motives, the main driving force behind each game will always be Yuichi. Furthermore, his friends/teammates will usually start by trusting him, then begin to doubt him, and then back trusting him again at the end. After a while, you’ll be able to pretty much guess how the story will turn out. And that can get boring real fast. 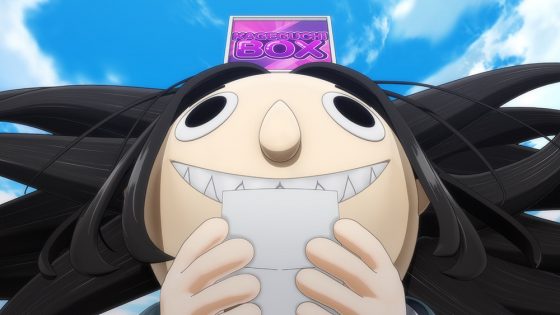 Tomodachi Game manages to bring an interesting take into the Death Game genre that has been looking rather stale lately. It may not offer a brand new and revolutionary idea, but it does make something that feels fresh by putting a unique concept on top of the usual tropes of the genre.

Unfortunately, the same can be said for the games within the series. There are unique ideas presented in each challenge, but underneath all of that is basically the same formula being told over and over again. If you’ve watched one game, you’ll be able to guess how the next one will turn out.

That being said, it is still an interesting watch, especially if you are a fan of the Death Game genre. So if you’re on the fence on whether to watch it or not, then you should definitely give it a try.

Have you watched the Tomodachi Game? If you have, what do you think about it? Share your thoughts in the comment section below.

Harry is a manga addict first and freelance writer second. While he hasn’t read every manga under the sun, he has read an unhealthy amount of Shounen and Seinen manga. When he’s not writing in Honey’s Anime, you can find him in his personal blog: MangaDigest.com.