“With Every Choice, a Consequence is Born” 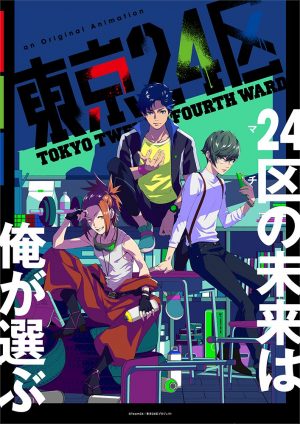 Since childhood, three friends—Shuta Aoi, Ran Akagi, and Kouki Suido—knew only how much they loved to hang out with one another and these good days seemed to be never-ending. Sadly, one fire changed everything after it took the life of Kouki’s sister Asumi. A year has passed since her death and the three friends have gone their separate ways. Fate though seems to have a different path for them to take as they all end up meeting once again facing a strange series of challenges after a sudden phone call from the dead Asumi. Despite their very different ideals and mindsets can the three friends dubbed RGB save their home and prevent more loss of life? 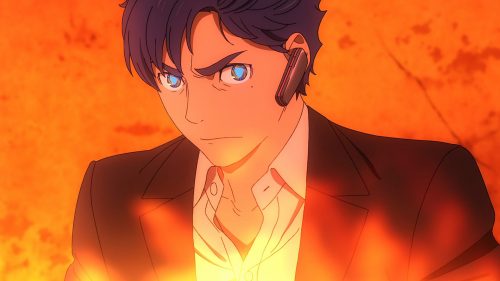 Studio CloverWorks has never disappointed us viewers with their animation style. From the newest and beloved romance anime My Dress-Up Darling to the odd but original mecha Darling in the FranXX, we just can’t get enough of their original design choices. Tokyo 24th Ward is no exception with some rather cool themes such as the game-like dialogue scenes and the intense action set pieces that just never disappoint. Though we could have done without the odd cellphone ear scene that replays each time the group receives a phone call and gains even stronger abilities and powers. It was a bit weird to see each and every time. 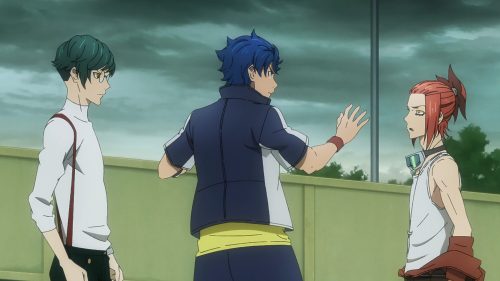 The main concept behind Tokyo 24th Ward is having RGB—by the way, this is the name given to the team due to their hair colors—make tough choices and see the consequences formed from how they resolved them. Watching as the team needs to decide who to sacrifice and having them witness their decision firsthand is often quite shocking and pretty surreal. Tokyo 24th Ward rarely deviates from this “make your choice” structure which can make it a bit repetitive and it all boils down to one life versus multiple lives. Still, we enjoyed the drama and liked how the choices weren’t always so easy to make for Shu and the gang. 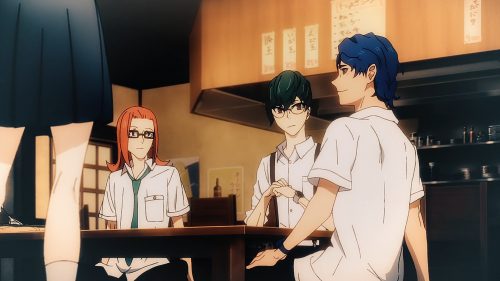 Here at Honey’s Anime, we aren’t against a lot of conversation and exposition in anime but Tokyo 24th Ward doesn’t shy away from talking. When the action occurs and we get to see our boys run to save innocents, Tokyo 24th Ward shines but there are times when it feels like an entire episode is dedicated to just talking and it can get a bit tiring. We get the drama is necessary to establish our characters and their personalities but by episode 3 you should know how each character works and we didn’t need to see so much dialogue repeating mantras and trying to show what a character’s attitude is like, and why ?

Many anime fans were probably very confused with the first episode of Tokyo 24th Ward’s almost 50-minute first run-time and we don’t blame you…we kind of were confused as well. That being said, the first episode being that long was kind of nice as it made the series feel like a 13-episode anime and not just a normal 12. It might be a small design choice that ultimately did very little in adding/subtracting from Tokyo 24th Ward but we wouldn’t mind more anime studios making a longer first episode. 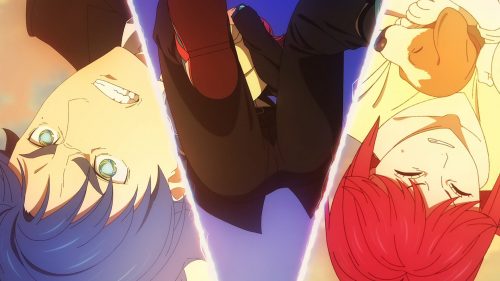 Tokyo 24th Ward should have been a hit anime this winter 2022 season but for some reason, wasn’t well received in the anime community as evident from the review scores. That being said, we actually enjoyed Tokyo 24th Ward quite a bit and while it was often a bit wordy, the drama, animation, story, and action were pretty solid. Is it the best anime of 2022? Probably not but we think many anime viewers didn’t give Tokyo 24th Ward a chance and we hope after reading our review, you guys/girls will!

Did you watch Tokyo 24th Ward and have thoughts on it? Feel free to comment below to let us know what’s on your mind about the series! Don’t stray too far from our heroic hive here at Honey’s Anime for even more anime reviews and articles!