Seven Seas announced on Wednesday new Girls’ Love and Boys’ Love labels for its books. The company also revealed that it has licensed the The Titan’s Bride (BL), There’s No Freaking Way I’ll Be Your Lover! Unless… (GL) light novel series and manga, Enangled with You: The Garden of 100 Grasses (BL), I’m Kinda Chubby and I’m Your Hero (BL), and Asumi-chan Is Interested in Lesbian Brothels! (GL) manga. 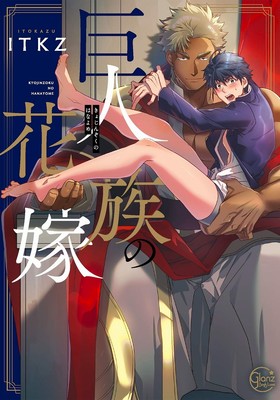 Seven Seas will release the first volume of ITKZ‘s The Titan’s Bride (Kyojinzoku no Hanayome) manga physically in October.

In this Mature-rated Boys’ Love fantasy isekai that inspired an anime, there’s nothing small about the love between a human and a titan prince! Mizuki Kouichi is about to take his final exams and graduate from high school when he suddenly finds himself transported to a fantasy world–specifically, to a kingdom of titans! The country’s beautiful denizens are almost twice the size of Kouichi, who was a taller basketball star back home. To his surprise, one of the giants, Prince Caius, claims Kouichi as his bride! Due to a dire prophecy, the prince’s upcoming nuptials cannot be with anyone of his world, so he’s happy to take Kouichi as his “wife.” What starts as big trouble for Kouichi turns into a grand romantic adventure when he finds out that Caius truly has a lot of love to give. Seven Seas‘ special print release of this Mature-rated favorite will feature the completely uncensored original art not available in other editions.

The manga inspired a series of anime shorts that premiered on Tokyo MX in July 2020 as that season’s ComicFesta Anime title. In addition to the regular broadcast edition of the anime shorts, a complete “premium edition” with explicit scenes streamed on the ComicFesta Anime website. 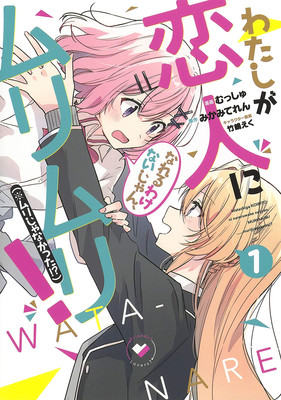 Seven Seas will release the first volume of Teren Mikami and Eku Takushima’s There’s No Freaking Way I’ll Be Your Lover! Unless… (Watashi ga Koibito ni Nareru Wake Naijan, Muri Muri! (*Muri Janakatta!?)) light novelly and physically digitally in May 2023, and the first volume of Musshu‘s manga adaptation in April 2023.

A high school yuri comedy about fake dating, real dating, competitive dating–and one very overwhelmed girl who’s actually doing all three at once?! Renako Amaori is leaving her awkward and lonely junior high school life behind, determined to become a normal girl with normal friends in high school. Glamorous, confident Mai Ouzuka is Renako’s total opposite: wealthy, outgoing, and a literal fashion model. Against the odds, the two girls form an immediate connection. Renako thinks she may have found the best friend of her dreams…until Mai’s romantic confession sends her into a tailspin. Renako wants to prove to Mai that being BFFs is better than being girlfriends, but Mai is dead set on convincing Renako that they’re destined to be lovers. Let the love games begin! 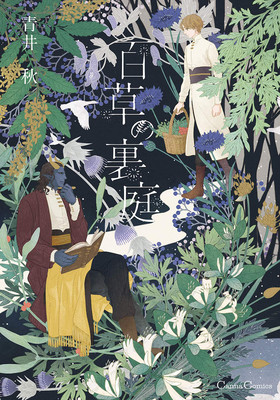 Seven Seas will release the first and only volume of Aki Aoi’s Enangled with You: The Garden of 100 Grasses (Hyakusō no Uraniwa) manga physically and digitally in December.

A beautiful and self-contained Boys’ Love fairy tale set in the deep, dark woods! Once upon a time, Marcel’s sister fell in the forest while gathering herbs. Her injuries were grave and Marcel was at a loss for what to do, until a fearsome horned man appeared, offering help–in exchange for a promise. Now, ten years later, Marcel returns to the woods, steeling himself for death. Instead, he finds something quite different: a gentle soul, friendship…and perhaps something more.

Aki Aoi and Printemps Publishing released the manga in November 2020. 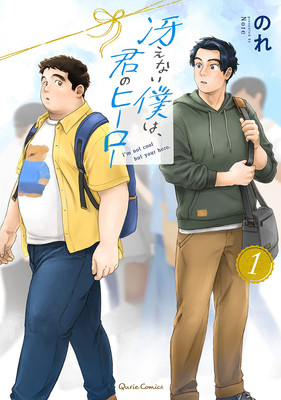 The company describes the manga:

Lights, camera, Boys’ Love! Honjiro is a rookie actor trying his best to land a breakout role, but he fears that his weight stands in the way of his dreams. One day, he’s surprised by fan mail full of sweets. The package came from Konnosuke, a local pastry chef–Honjiro’s first major fan! As Konnosuke supports Honjiro’s work and gives him new confidence to face the stage, will their relationship grow beyond just aspiring star and fanboy? 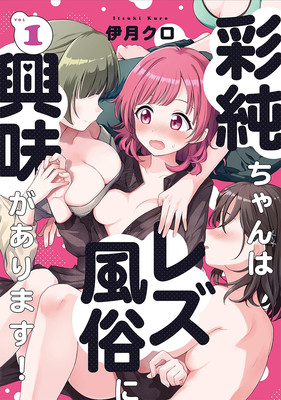 The company describes the manga:

A Mature-rated, sweet and sexy yuri rom-com about self-discovery and the search for lost love! Sweet but awkward college student Asumi never got over her childhood crush on her old friend Mai. She’s mortified by the memory of their first kiss, which couldn’t have gone worse. When she discovers that Mai may be working at a nearby brothel, she sees her chance for redemption. There’s only one catch: none of the girls on the brothel’s website use their real names. Goaded along by a more experienced friend, Asumi begins a journey of exploring her sexuality, trying new fetishes, and getting comfortable in her own skin as she sleeps with the brothel’s women one at a time in her search for Mai. Is it possible Mai is searching for her out there, too? And when they finally reunite, will Asumi be experienced and confident this time?