Seven Seas Entertainment announced during its panel at Anime Expo on Saturday that it has licensed 11 new titles. The company plans to release the following titles in 2023 (the summaries below are not Seven Seas‘ official summaries ):

Title: Raven of the Inner Palace (Kōkyū no Karasu) light novel
Authors: Kōko Shirakawa (Writer), Ayuko (Illustrator)
Tentative Release Date: February 2023
Summary: The novels’ story centers on Uki, an imperial concubine who has never been called to the emperor’s bedchambers, and maintains a singularly unique life within the harem chambers. Seen by some as having the appearance of an old woman, and some others as a young lady, she is known to use mysterious magic that helps with everything from finding lost items to inflicting curses. When a circumstance makes the emperor call on her, their meeting will change history. 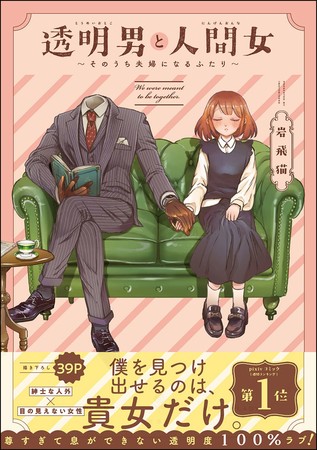 Title: The Invisible Man and His Soon-to-Be Wife (Tōmei Otoko to Ningen Onna: Sonouchi Fūfu ni Naru Futarimanga
Authors: Iwatobinko
Tentative Release Date: February 2023
Summary: Yakō, a gentle human woman, works at a detective agency. Tōnome is a smart and gentle invisible man. The invisible man’s ability is perfect for detective work. However, the blind Yakō can still figure out where Tōnome is, even if he disappears. Before they know it, the two become attracted to each other…? 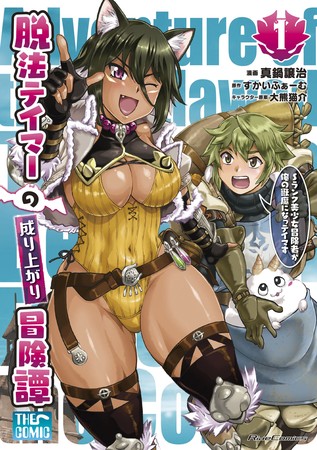 Title: Rise of the Outlaw Tamer and His Wild S-Rank Cat Girl (Dappō Tamer no Nariagari Bōkentan: S Rank Bishōjo Bōkensha ga Ore no Jūma ni Natteimasumanga
Authors: Johji Manabe (Manga), Skyfarm (Original Work), Nekosuke Ōkuma (Original Character Design)
Tentative Release Date: March 2023
Summary: Although the tamer Lint despised his low-grade job, he earned money everyday with his demon partner. In the royal capital, a mysterious S-rank adventurer girl calls out to him. “Ah, won’t you tame me?” Her unexpected proposal overwhelms Lint. However, from here on out is where his rise begins… 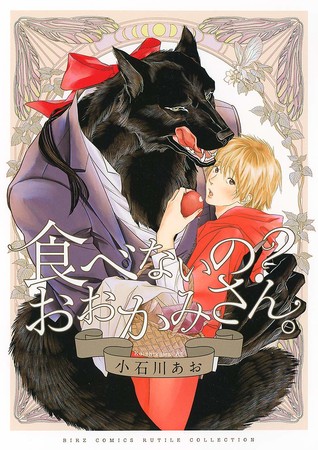 Title: Why Don’t You Eat Me, My Dear Wolf? (Tabenai no? Ōkami-sanmanga
Authors: Ao Koishikawa
Tentative Release Date: March 2023
Summary: A human child Tarō is abandoned in the forest as a sacrifice. The wolfman Ur, who lives deep in the nearby forest, claims that Tarō is too thin to be delicious. So Ur feeds him declicious meals, makes him clean clothes, and raises him to keep him safe. Tarō wants his dear Ur to devour him when he grows up, but many seasons go by for the two of them in the forest. 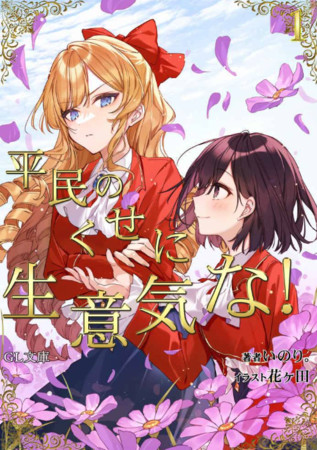 Title: I’m in Love with the Villainess Spin-Off: She’s so Cheeky for a Commoner (Heimin no Kuse ni Namaiki na) light novel
Authors: Inori. (Writer), Hanagata (Illustrator)
Tentative Release Date: February 2023
Summary: “For her to say that she likes me, she’s so cheeky for a commoner! I am Claire Francois, an Aristocrat in the Bauer Kingdom. During a time when the commoners are rising up, one has confessed her love to me. Hmph , I’m not going to pay any attention to you… What are you happy about?!” 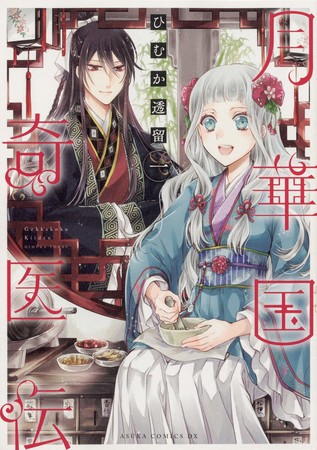 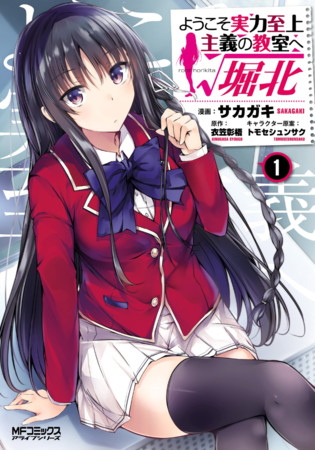 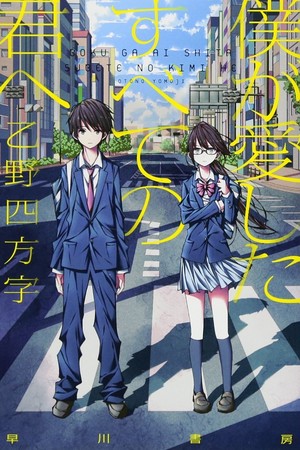 Title: To Every You I’ve Loved Before (Boku ga Aishita Subete no Kimi e) light novel
Authors: Yomoji Otono (Writer), shimano (Illustrator)
Tentative Release Date: June 2023
Summary: The novel centers on Koyomi Takasaki, a boy who lives with his mother after his parents divorce. He attempts to make friends in his new college prep school, but his social awkwardness combined with an atmosphere of focusing on studies means he is unsuccessful. One day, his classmate Kazune Takigawa approaches him, and tells him that she is actually from World Line 85, where she and Koyomi are lovers. 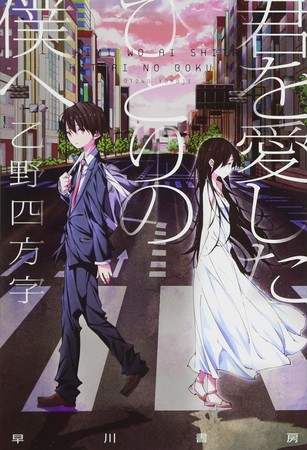 Title: To Me, The One Who Loved You (Kimi o Aishita Hitori no Boku e) light novel
Authors: Yomoji Otono (Writer), shimano (Illustrator)
Tentative Release Date: June 2023
Summary: The novel centers on Koyomi Hidaka, a boy who lives with his father after his parents divorce. He meets a girl named Shiori Satō at his father’s research lab, and they begin a relationship that is slowly blossoming into love. But everything changes when their parents decide to marry each other, and they decide to move to a parallel world where they are not step-siblings. 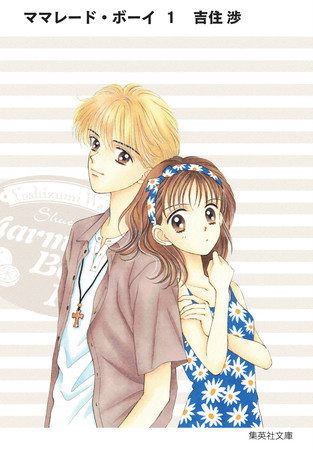 Title: Marmalade Boy: Collector’s Edition manga volume 1
Authors: Wataru Yoshizumi
Tentative Release Date: February 2023
Summary: In the story, Miki Koishikawa’s parents announce that they are getting a divorce and swapping partners with another couple, who have a son of their own named Yū. The two couples move in together and a romance develops between Miki and Yū. 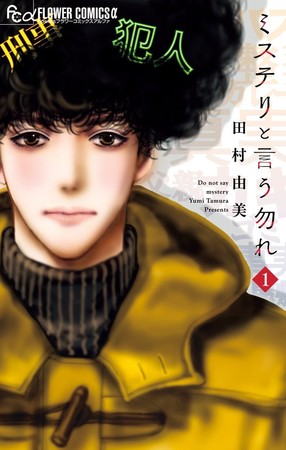 Title: Do not say mystery (Mystery to Iu nakare) volume 1-2 omnibus manga
Authors: Yumi Tamura
Tentative Release Date: February 2023
Summary: The manga follows mystery-solving college student Totonō Kunō. At the beginning of the story, the police bring him in for questioning on suspicion of the murder of his classmate. 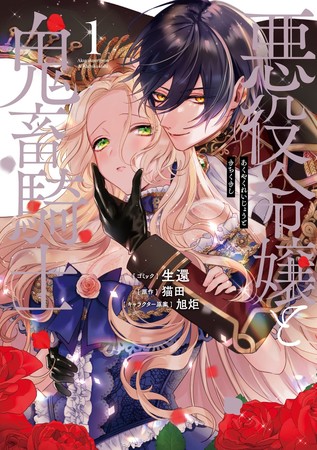 Title: Villainess and the Demon Knight (Akuyaku Reijō to Kichiku Kishimanga for Steamship imprint
Authors: Seikan (Manga), Nekoda (Original Work), Asahiko (Original Character Design)
Tentative Release Date: March 2023
Summary: The young noblewoman Cecilia one day realizes that she is someone who is reincarnated into her current world as the villainess of an otome game. However, she has already faced judgment in the story and was forced to become a prostitute. Her first visitor is the childhood friend of the heroine.