Sekai Project announced on Saturday at its Anime Expo panel that it will release Neko Works‘ INUPARA: Dog’s Paradise and NEKOPARA After – La Vraie Famille games. The company also announced that it will release CreSpirit, Storia, and Narrator’s A Light In the Dark visual novel for PlayStation 4 Nintendo Switch in the third quarter of 2022.

Transported to another world?! Our protagonist is sent to a world with humanoid dogs!

He’s a young man that’s attending college while working part-time as a pet groomer. Although he lives by himself, he has two dogs—a Pomeranian named Tanpopo and a Shiba named Himawari. One day, Tanpopo and Himawari randomly turned into humanoid girls. The dogs from his sister’s and his parents’ place come to live with him as well, which causes him to panic. As he freaks out, a girl with the same name as the Corgi he kept at his parents’ house in his childhood, Botan, starts to talk about things only he and Botan would know, which ends up slowly convincing him.
As expected of someone who works part time as a pet groomer, his brushing skills are top notch. He’s skilled enough to even cut hair if he wanted. However, since he doesn’t have the qualifications, he only gives cuts to the dogs at his home. He’s always had his older sister, a master coddler, trying to smother him since childhood, so he has the skills to deal with girls and dogs with slightly difficult personalities. 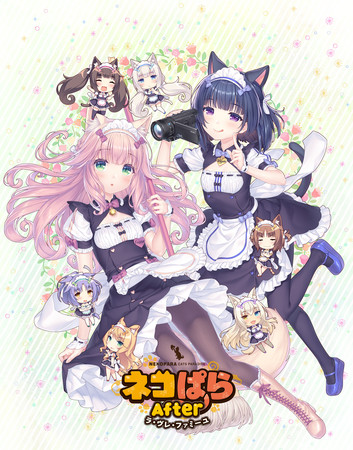 Having recognized Minaduki Kashou talents in running his patissiere, Beignet felt her role was over as she closed La Soleil in France and entrusted Fraise, the catgirl she raised, to Kashou.

Fraise has a fondness towards Kashou but becomes bewildered in the face of his 6 catpanions. She turns to Shigure for advice but she too harbors a hidden love towards him. Fraise feels that the relationship between siblings is most important while Shigure feels the happiness of her catgirls is what is most important.

With the motive of making sure the other is able to fulfill their love for Kashou first, the battle between catgirl and girl begins! 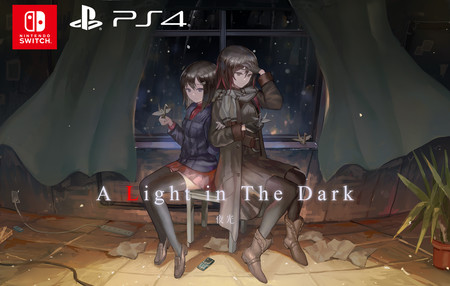 A Light in the Dark Originally released for Steam in June 2018. Sekai Project will also release a voice update for the PC version of the visual novel. The company describes the story:

A Light in the Dark puts you in the shoes of Hao-Chen Jiang, a young man who wakes up to find himself tied to a chair, in a dim and dry room he does not recognize. Standing before him is a young woman with a knife who informs him that he has been kidnapped and is being held for ransom.

With more questions than answers, Hao-Chen must find a way to escape but perhaps there is more to this than merely money…

The rich boy stuck in his never changing daily life… The fierce girl struggling for survival… Two people in totally opposite positions in life.

During his days of imprisonment, they will learn of a world they were never aware of which will crumble away at their deep-rooted prejudices. In the face of confusion and the choices before them, what will they find…?

Yurika Kubo and Kana Ichinose will star in the voiced version of the game.

Lastly Sekai Project announced that it is working on a on a collaboration between Japanese illustrator and manga creator Luna Tsukigami (aka: Lunatic Joker) and the tech-focused YouTube channel Denki. The collaboration will include a limited line of Denki-specific merchandise.