Due to the game focusing more on catching than battling, this year’s Pokémon Legends: Arceus was the first within the main series to not feature an evil team or organization. Instead, the player character works as part of the Galaxy Expedition Team’s Survey Corps in order to discover the cause of the space-time events across Hisui. In the end, Arceus proved that Pokémon can still have a compelling narrative, even without having to fight a hundred uniformed goons.

However, the upcoming titles Pokémon Scarlet and Violet appear to be returning back to the original formula, likely complete with a new evil team and new evil machinations. The question is what kind of motivations they’ll have. Did they have good intentions that went awry? Are they just in it for the money? Or is their leader severely depressed in a world with little in the way of mental health support and hence has decided to destroy the planet?

Today, I have ranked every main series evil Pokémon team from least to most justified.

Lysandre took one look at a trailer for Horizon: Forbidden West and declared resetting the world to be his life’s ambition. Set within the Paris-like Kalos region, Pokémon X and Y Focus on the theme of beauty, but Team Flare’s methods for creating a more beautiful world are extreme, to say the least. To sum it up, Lysandre believes that due to the world having limited resources, humanity is doomed to loot and pillage for what remains. His solution, therefore, is to use an ancient “Ultimate Weapon” to wipe out all life on Earth—with the exception of himself and his douchebag Team Flare goons. In the end, Lysandre is just a narcissist with a bad excuse.

That’s not to mention their role in the Pokémon Adventures: X & Y manga, in which they take captive and enslave the entire population of Vaniville Town. 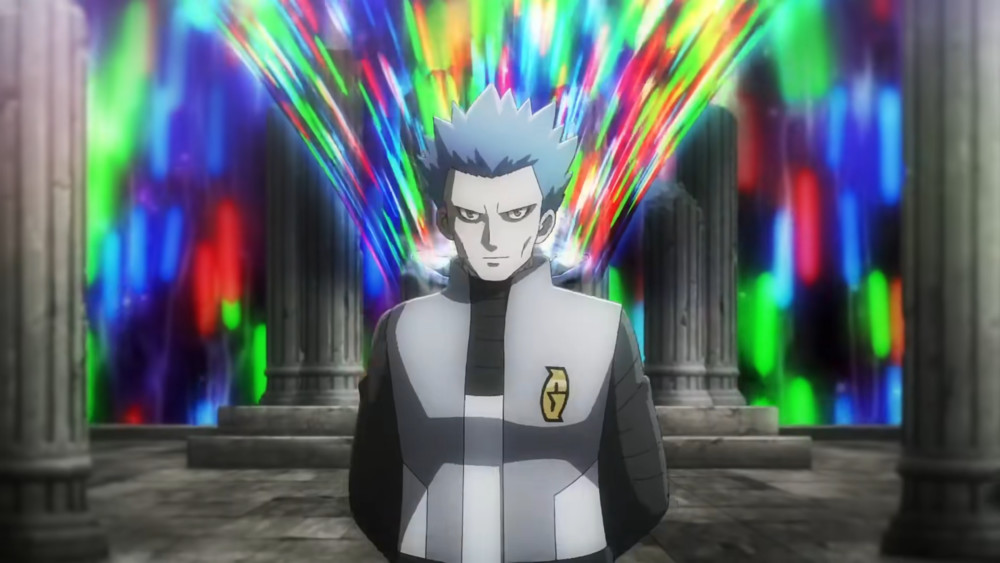 Unlike Lysandre, Team Galactic’s leader Cyrus doesn’t believe the world will become a dystopia in the future, he believes it’s truly awful already. Having grown up lonely and socially stunted, he concludes that emotions are the source of all pain and should hence be eliminated along with the rest of the world by Dialga, Palkia, or both, depending on which game you played. He’s a difficult character to understand, especially since, despite wanting to erase all human emotion, he was apparently such good friends with his Golbat that it managed to evolve into Crobat. Ultimately, Cyrus is just depressed. In the Pokémon Masters EX mobile game, Cyrus is placed into a void-like dream by Darkrai, where he reveals that the absence of everything was his ideal world all along. 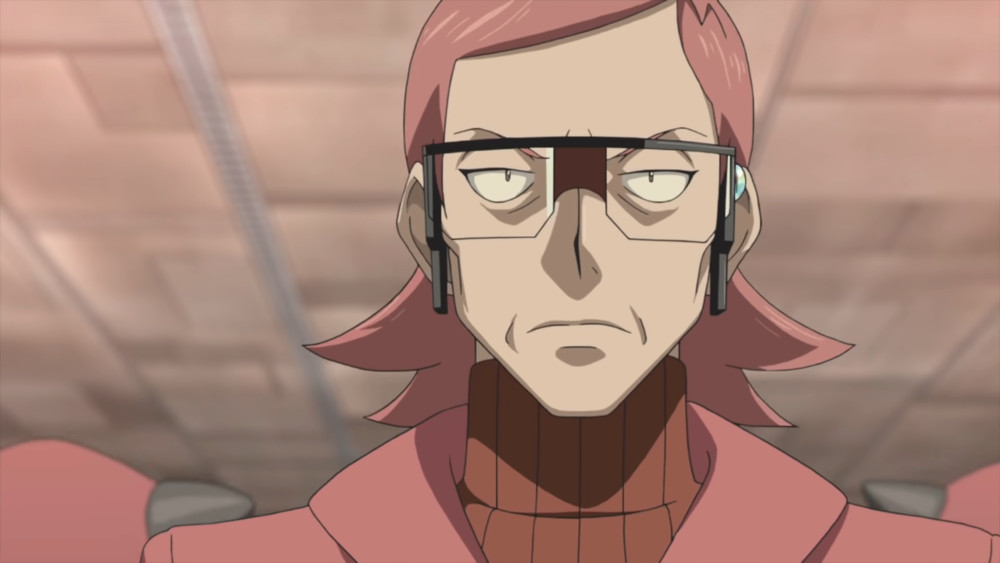 More than anything, the leaders of Team Magma and Team Aqua are just stupid. Within his flavor text in Pokémon Masters EXMaxie is described as a “logical thinker,” but he’s perhaps the stupidest character in the franchise. His goal is to expand the world’s landmass so that humankind will have more space to expand (at the expense of water to drink). He aims to achieve this by controlling Groudon, a Pokémon that causes droughts in its wake. Both Maxie and Archie are the only villains to accomplish their goals and immediately regret them. In fact, Pokémon: Ultra Sun and Ultra Moon revealed that if you hadn’t stopped Groudon, Maxie would have fallen into a fissure. 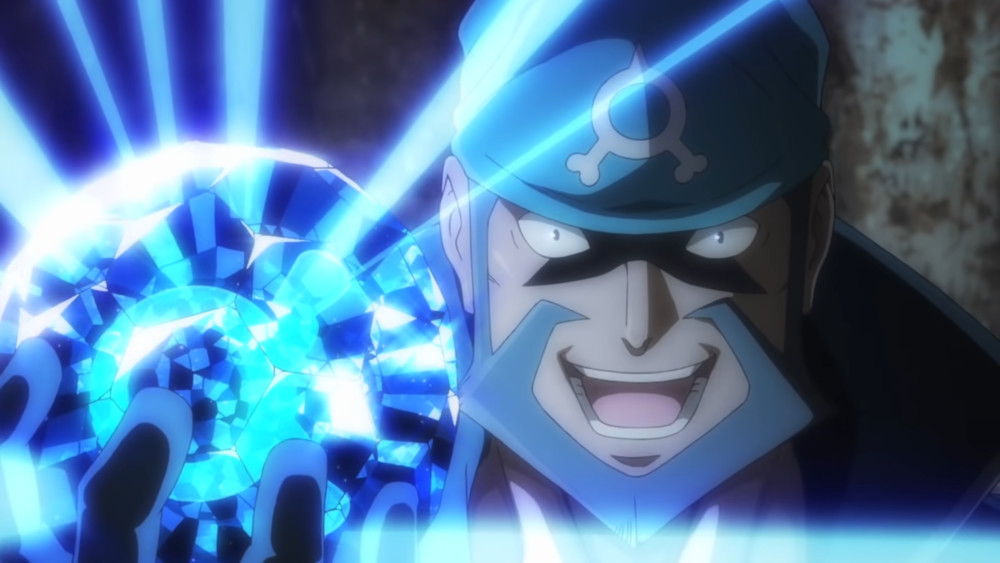 Like Maxie, Team Aqua’s leader Archie is also impressively stupid and also ends up regretting his actions as soon as Kyogre emerges from Seafloor Cavern. The only reason you could consider Team Aqua to be slightly more justified is that according to Waterworld and Gargantia on the Verdurous Planet, humanity can at least continue to exist on a waterlogged planet. In Pokémon: Ultra Sun and Ultra Moonit’s revealed that if you hadn’t stopped Kyogre, Archie would’ve been swept away by a tidal wave. 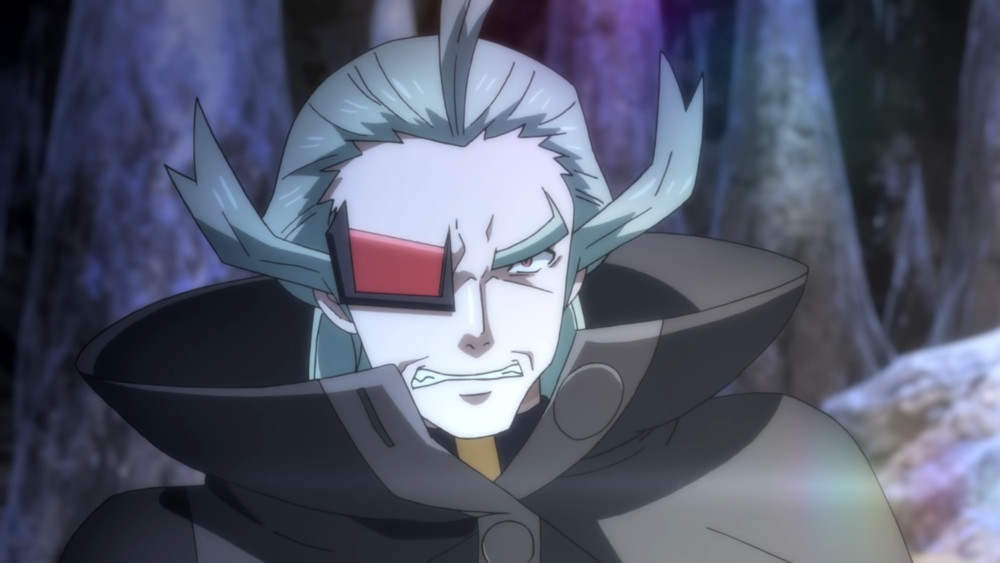 Following the events of Pokémon: Black and White, Team Plasma is split into two factions. One that continues to follow N’s dreams for a happier world for Pokémon and one dressed up like pirates that just want to take over Unova. Led by Ghetsis and the morally ambiguous scientist Colress, Team Plasma uses the icy power of Kyurem to freeze over Unova’s cities and subjugate its people under his rule. It’s a weak second attempt at the crown and even Colress ends up jumping ship after declaring that he wasn’t at all interested in Team Plasma’s goals. 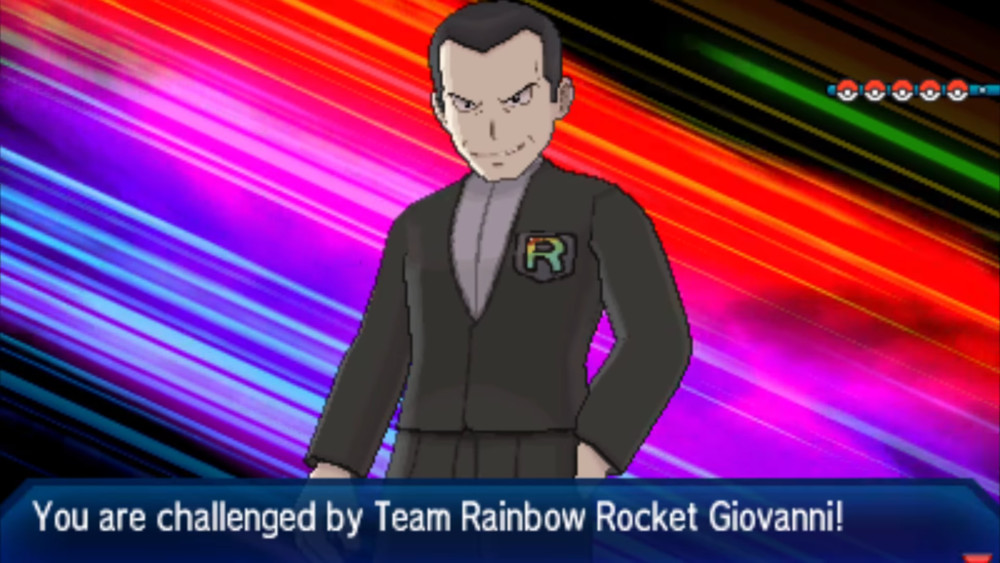 Giovanni really fell from grace after losing to an eleven-year-old. His next big plan involved the formation of Team Rainbow Rocket in Alola, bringing alternate dimension versions of past Pokémon villains together. His goal was to create an army of Ultra Beasts to conquer the multiverse, but the flaw in his plan became evident from the moment you stepped inside his castle: none of the other villains cared about his goals. It’s an assembly of narcissists who are all much more interested in reveling in their victories than helping Giovanni make up for his failures. Before he could be arrested once and for all, he disappears through a wormhole only to reappear in the Pokémon Masters EX mobile game. 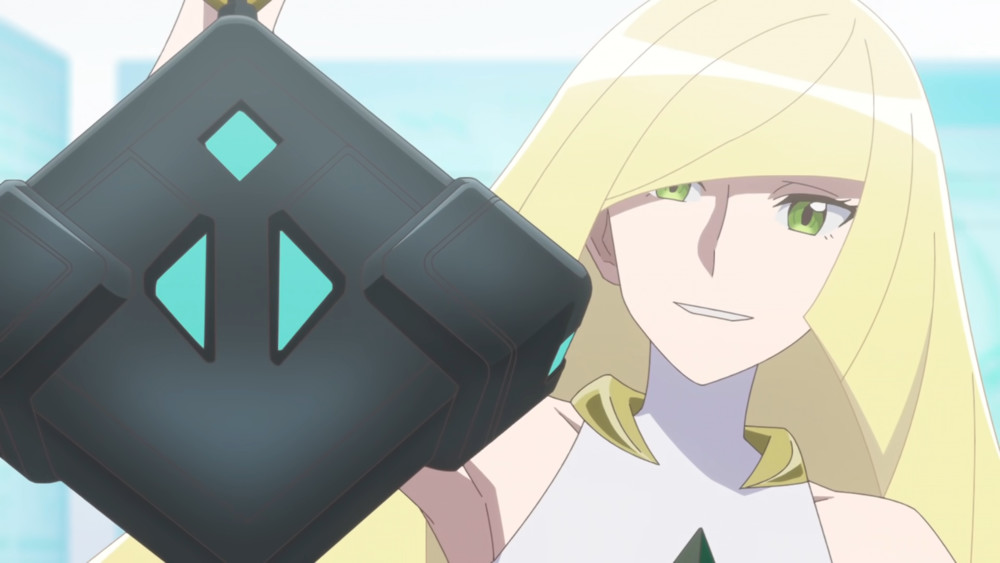 While the Aether Foundation doesn’t really fit the image of an “evil team”, the story of Pokémon Sun and Moon positions them as one, complete with plenty of goons to mow down. While the organization is broadly committed to the protection of Pokémon, their leader Lusamine is later revealed to be manipulating Team Skull to help her enter the extradimensional “Ultra Space”. After the disappearance of her husband, her ideals became warped and she became obsessed with the Ultra Beasts, alienating her two children in the process. Much like Cyrus, her motivations are born more from despair than malice, even if it did result in her freezing a bunch of Pokémon and potentially destroying the world. In Pokémon Masters EXshe’s been working to repair her relationship with her children. 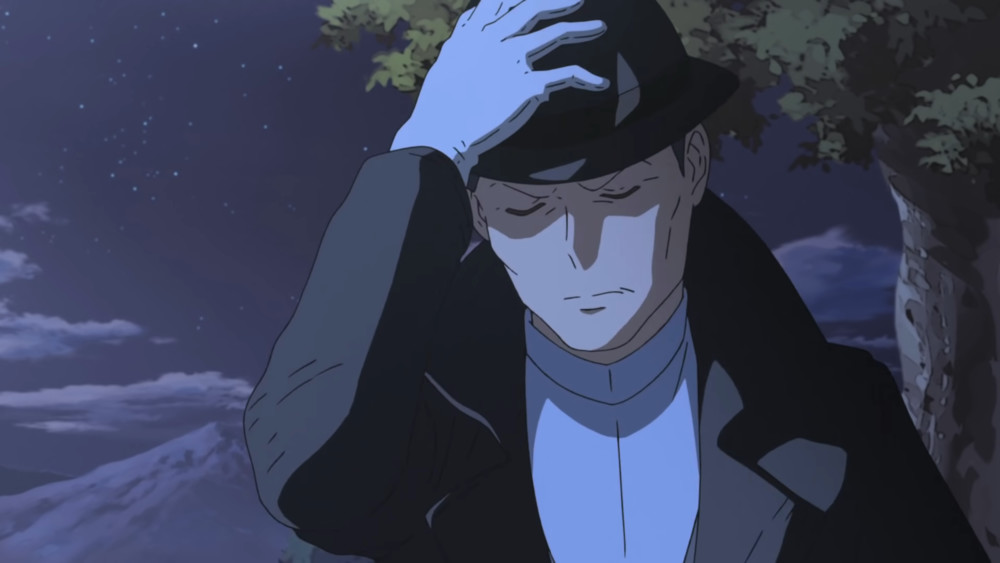 Pokémon is full of villains with big ideas and calamitous plans, but all Team Rocket have ever wanted is money. Their motto is “Steal Pokémon for profit. Exploit Pokémon for profit. All Pokémon exist for the glory of Team Rocket.” It’s not exactly the grandest of operations, but I’d rather have a greedy villain selling Slowpoke tails in a dark alley than one who specifically aims to blow up the world. Compared to their contemporaries, Team Rocket just seems pathetic at this point. Their greatest achievement within Pokémon Gold and Silver was sending a message and getting left on “read” by Giovanni. What’s more, in a special event in Pokémon Heart Gold and Soul Silverit’s revealed that Giovanni had spent his years hiding out in a cave, and when he finally tried to leave, an eleven-year-old appeared to defeat him a second time. 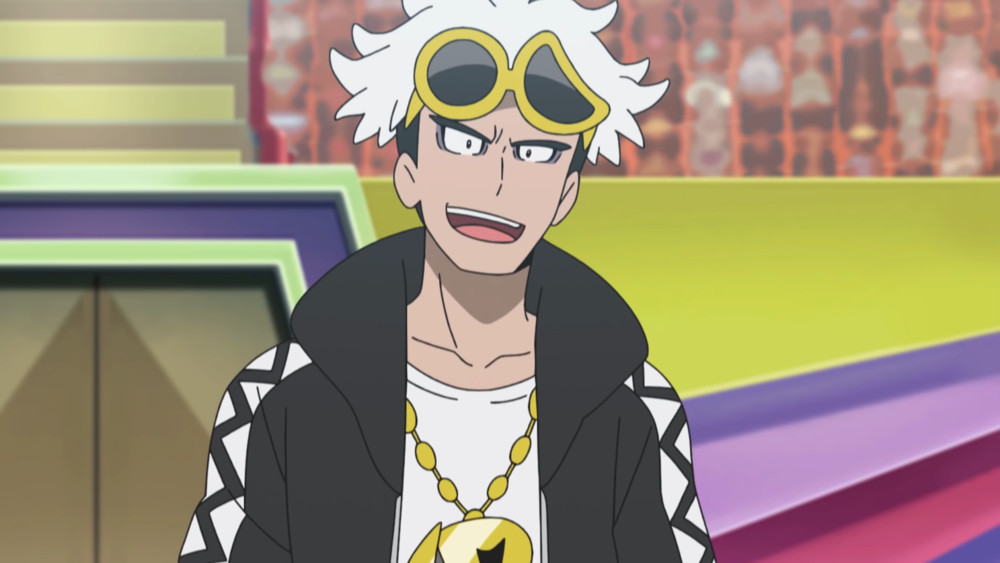 It’s your boy Guzma! It’s hard not to love Team Skull. I called Team Rocket pathetic, but Guzma’s crones are kind of adorable in their own way. In the Alolan archipelago, trainers are expected to undergo a series of challenges to prove their mettle. Team Skull is comprised of many trainers who failed in those trials and have become delinquents in order to rebel against the island challenge itself. While they do steal Pokémon, the Alola region doesn’t live in fear of them, but rather just considers them to be a nuisance. Maybe if these youths were offered more reassurance and support, they wouldn’t have ended up getting manipulated into becoming Lusamine’s pawns. In the end, Guzma is a pretty good guy who’s just looking out for those in the same situation as himself, and it’s nice to see him reformed in both Pokémon Ultra Sun and Ultra Moon as well as Pokémon Masters EX. 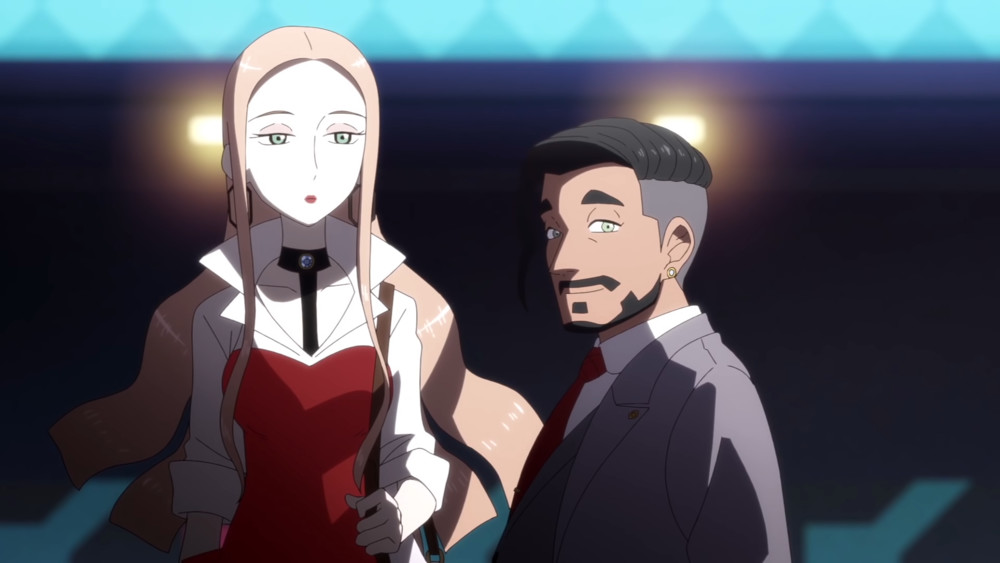 What is a massive business conglomerate if not an evil team? While the name is forgettable, Macro Cosmos’ logo can be found throughout the Galar region. They have subsidiaries in media, commerce, transport, and technology, all under the thumb of the company president Rose. The player character is largely left out of the loop throughout the story of Pokémon Sword and Shield, but it’s later revealed that Rose has been anxious about an energy crisis a thousand years in the future and requires the champion Leon’s help in controlling Eternatus to power the Galar region. It’s a noble motivation, but his arrogance led him to begin the “Darkest Day” on the exact day that Leon was busy at the Pokémon league. It’s also hard to regard his motives as being all that pure when his legacy is entirely built on energy and technology companies. 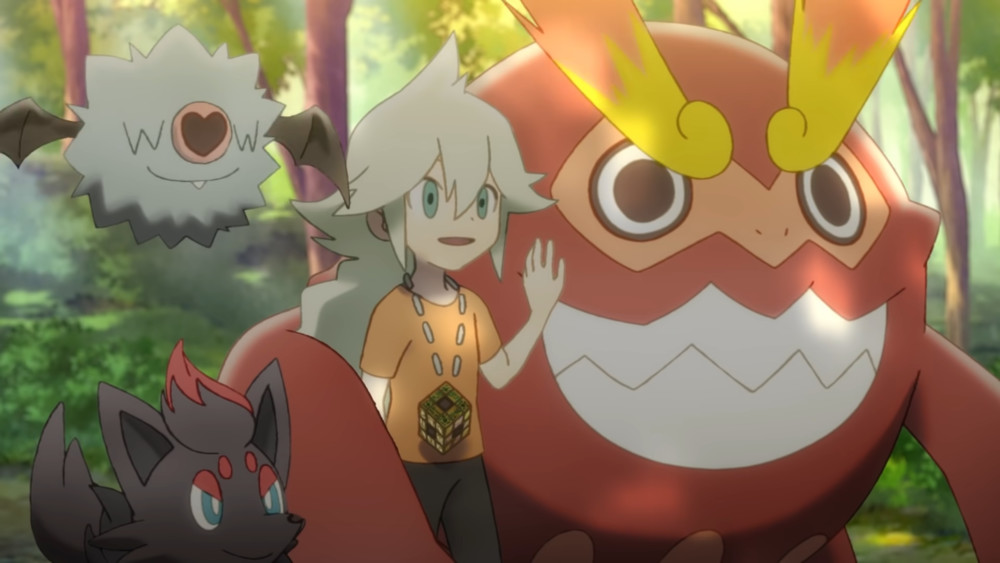 When Pokémon: Black and White They were first announced and Team Plasma’s motivations revealed, it sparked a fandom moment of, “Wait, they’ve got a point.” In 2012, PETA even launched a bizarre satirical flash game titled “Pokémon Black and Blue” where an abused Pikachu holds up an “I support Team Plasma” placard. The ethics of keeping Pokémon in Poké Balls is brought up again by the Pearl Clan’s Irida in Pokémon Legends: Arceus. The “good guys” generally explain it away by saying that Poké Balls are a tool for humans to get closer to Pokémon, but it’s also true that they almost always resist capture.

That said, Team Plasma are assholes in their pursuit of Pokémon liberation. Like many other teams on this list, they also do steal Pokémon from other trainers and commit grand theft of museum artifacts. However, it’s clear from later on in the game that there are two separate factions within Team Plasma—those that follow N’s dreams/ideals of a happier Pokémon world and those that aid Ghetsis in his goal of taking over Unova. This split becomes even more evident in Pokémon Black 2 and White 2where the Plasma goons still loyal to N seek forgiveness by caring for and returning the stolen Pokémon. At best, N was right all along, and at worst, they were naïve and easily manipulated by N’s foster father. 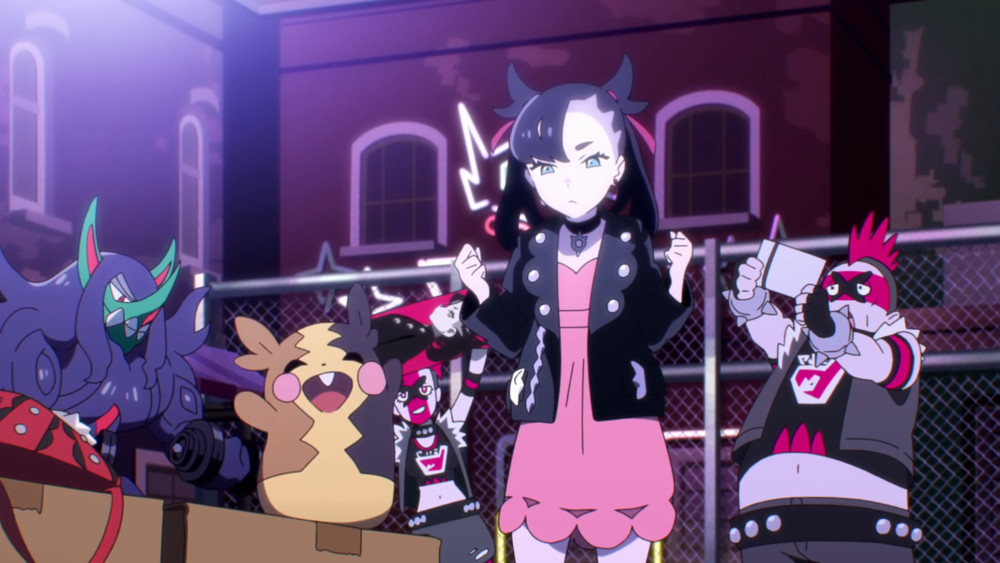 Before moving to Australia and Japan, I was born in Birmingham in the UK. I lived there until I was nine-years-old, but only have a handful of strong memories related to the city itself. When I returned roughly a decade later on a visit, I left with the image of Birmingham as being filled with run-down, long-shuttered shops. When I played Pokémon Sword and Shield, my immediate reaction to the town of Spikemuth was, “They put Birmingham in the game!” Of course, the city of Brum isn’t the only one in England to feel dilapidated, but it was these memories that helped me sympathize with the members of Team Yell.

Without Dynamax capabilities and abandoned by Macro Cosmos, Team Yell are just gym trainers who are desperate to bring back support to their town. For them, the success of Marnie, their gym leader’s younger sister, is their one big chance at putting Spikemuth back on the map. Like with real-life football fans, their civic spirit often results in hooliganism, but they’re far from causing the kind of damage the other teams on this list pride themselves upon. It helps that, Giovanni, they know when to quit, and will start cheering the unlike player character on after defeating Marnie.