The distant future: In a universe where humanity’s mortal enemy is the alien race known as Bugs, an Imperial battleship suffers a mysterious and devastating attack that sends Captain Alan Corinth crash landing onto an unknown planet. Much to his surprise, rather than the technologically advanced humanity he knows, the humans he encounters there seem to live in a fantasy world filled with swords and magic!

Itoh began serializing the original story on the Shōsetsuka ni Narō website in August 2017. Kadokawa released the first print volume with illustrations by himesuz in November 2018, and it released the fourth volume in December 2019. Takuma launched the manga adaptation on Kadokawa‘s Dengeki PlayStation website in December 2018, and the fourth volume shipped in August 2021. 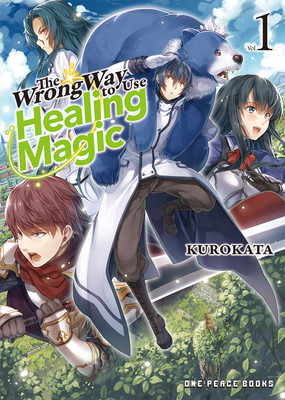 One Peace Books will release the first volume of Kurokata‘s The Wrong Way to Use Healing Magic (Chiyu Mahō no Machigatta Tsukai-kata: Senjō o Kakeru Kaifuku Yōin) light novel (seen left) on August 25, and the first volume of Reki Kugayama‘s manga adaptation on November 22. The company describes the story:

Usato, an ordinary high schooler, happens to run into two fellow students after school one rainy day. Suddenly, all three of them are engulfed in a magic circle and transported to a fantasy world. There’s just one tiny problem–Usato is simply dragged along by accident! On top of that, Usato learns that he is capable of using healing magic–an incredibly rare affinity in this new world. Now Usato must spend his days with the rescue team thugs, struggling through their hellish training regimen–learning the wrong way to use healing magic. Get ready for an eccentric otherworld fantasy filled with comedy and combat!

Kurokata began serializing the original story on the Shōsetsuka ni Narō website in March 2014. Kadokawa released the first print volume with illustrations by keG in March 2016, and it released the 12th and final volume in March 2020. Kugayama launched the manga adaptation in Kadokawa‘s Comp Ace in April 2016. Kadokawa will release the manga’s 10th volume on Saturday. 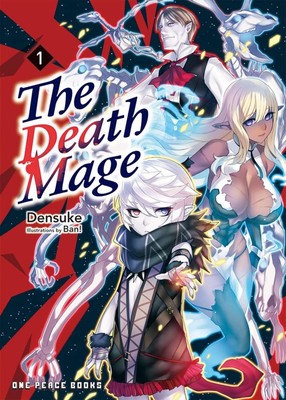 After Hiroto Amamiya dies on a school trip, the god of reincarnation, Rodocolte, sends the unfortunate student into a second life. There he obtains death attribute magic, but after more than a decade of torment, his second life also ends in tragedy, after which Rodocolte reincarnates Hiroto once more for a third life–again without any special powers. Adamantly wearing that there definitely won’t be a fourth time around, Hiroto uses his vast reserves of magical power and the special death attribute magic from his previous life to live as a dhampir called Vandal. 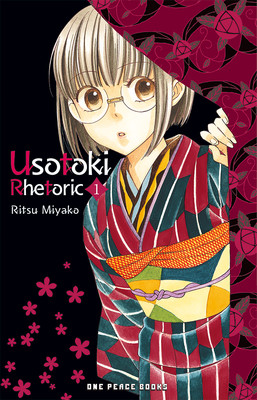 One Peace Books will release the first volume of Ritsu Miyako‘s Usotoki Rhetoric manga on September 22. The company describes the manga:

It is 1926, the first year of the Showa era. Urabe Kanoko has left her hometown after it turns against her for having the ability to hear lies when spoken. She collapses from hunger after arriving in a town called Tsukumoya, where she meets a poverty-stricken detective named Iwai Souma. Is this fate? Or something more?

Miyako launched the manga in Hakusensha‘s Bessatsu Hana to Yume magazine in June 2012, and ended it in March 2018. Hakusensha published 10 compiled book volumes for the manga. 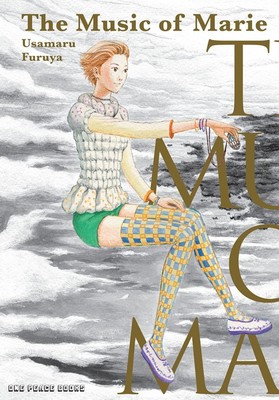 One Peace Books will release Usamaru Furuya‘s The Music of Marie (Marie no Kanaderu Ongaku) manga on May 19. The company describes the manga:

Pirito is a utopia protected by the mechanical goddess Marie, who looms large as she orbits the skies above. Down in the factory town of Gil, Pipi’s heart yearns for Kai, but as the only one who can hear Marie’s ever-present music, will he be able to accept Pipi’s affection? Delve into the beginnings of Usamaru Furuya‘s soaring fantastical worldview with this masterful, early work from the prolific creator who brought you Lychee Light Club, Genkaku Picasso, No Longer Human, and more! Now collected as one volume, The Music of Mariea story of sublime love, will pluck at your heartstrings until the very end.

Furuya published the manga in two volumes under Gentosha Comics in December 2001, and Ohta Publishing re-released the manga in a single collected volume in April 2016.