To say Jujutsu Kaisen is a popular anime and manga series is akin to calling the Mariana Trench a little deeper than a kiddie pool. With its bombastic action and fascinating cast of characters, there’s plenty to love in this world of specters and sorcerers, as I’m sure its legions of fans can attest. Though with all that said, it might not be so cool if you’re one of the people who are unlucky enough to find themselves sharing the same dimension as a certain sadistic King of Curses.
Jujutsu Kaisen centers around Yuji Itadori, a teenager with all the charm of a puppy combined with the brute strength of a gorilla. Despite his near-superhuman attributes, Yuji is a kind-hearted boy who prefers to spend his days goofing off with his friends in the Occult Club. However, after a series of unfortunate events leads to him swallowing a cursed object, his body becomes a host for Ryomen Sukuna, a powerful specter with an ego big enough to swallow the sun and a preference for human skulls in his interior décor.

Ryomen Sukuna’s personality in Jujutsu Kaisen can be described as utterly malicious, and even that is perhaps being too generous. Narcissistic, vicious and depraved—Jujutsu Kaisen‘s creator Gege Akutami described Ryomen Sukuna as less of a sorcerer and more of a walking disaster. As an example of his ruthlessness, Ryomen Sukuna likened his planned victims to maggots and even mocked a grieving Yuji after the death of Yoshino Junpei, relishing Yuji’s suffering like a child with a hose drowning an already half-collapsed anthill. Unfortunately, Ryomen Sukuna’s arrogance is backed up by his massive strength. Few could hope to amuse the King of Curses when he was alive, much less match his overwhelming power. As it was, it took the combined might of many jujutsu sorcerers to finally put him down, and this happened during the Golden Age of Jujutsu when the average sorcerer was much more powerful than their modern counterparts. Yet for all Ryomen Sukuna’s magnificent devilry, the ancient figure whom he’s named after is shrouded in a lot of mystery, with some legends even treating this mythical Sukuna as a hero rather than a demon.

The earliest historical mention of the mythological Sukuna came from the Nihon Shoki, a document compiled by the Imperial family of Japan in 720, during the Nara period. This Sukuna shared much of the physical characteristics of his manga counterpart, including his two faces and four arms plus an additional pair of legs. He was said to have been at least three meters tall, and capable of wielding a bow, arrow, and swords with superhuman strength. The Nihon Shoki also labeled him as a rebel who refused to bow to the Imperial seat, casting him as a murderous dissident who thousands upon thousands, and was killed only stopped when the Emperor sent Shogun Takefurukuma no Mikoto to kill him. So far, not out of character considering what fans know about Ryomen Sukuna from Jujutsu Kaisen.

However, there are some inconsistencies with that story. The Nihon Shoki places Sukuna in the Hida province, in what is now the northern portion of Japan’s Gifu Prefecture. If he were truly a bloodthirsty raider, stories of his brutality likely would have spread especially far in the region where he was most active. Yet the locals of Hida worship Sukuna not as a wrathful asura, but as a benevolent guardian. Far from the barbarity displayed by Jujutsu Kaisen‘s Ryomen Sukuna, the mythological Sukuna is said to have introduced Buddhism to Hida and built the ancient temple of Senkou-Ji. Some folk stories even say he slew an evil dragon and was one of the incarnations of the Boddhisatva of Mercy, Kannon. Not the sort of saintly behavior you would expect for the source material of the King of Curses.

A possible reason for this incongruency can be found in local legends. Allegedly, the Sukuna in the Nihon Shoki was either the name of the ruling figure or the ruling family of the lands around Hida, rather than a demonic bandit/walking disaster/sorcerer. However, when the Yamato Imperial Family invaded and took over the territory, they also spread a piece of propaganda claiming Sukuna was an evil specter who terrorized the people of Hida, further justifying their hostile takeover to the masses. Considering the Nihon Shoki was edited specifically by the emperor’s family, the Yamato line would certainly have the motive and the means to depict Sukuna in the worst light possible. This might even be why Sukuna eventually received the moniker ‘Ryomen’, as Ryomen can be translated to mean two-faced, referencing both his literal two faces and contrasting reputations.

Despite his status as a local hero, Sukuna’s representation in popular culture has mostly fallen in line with the Nihon Shoki’s descriptions, with works often depicting Sukuna as a malignant or demonic force bent on causing as much suffering as possible. To the point that Jujutsu Kaisen‘s Ryomen Sukuna’s nickname as a ‘walking calamity’ arose from its influence, Gege Akutami cited an urban myth from 2005 as one of the sources for his antagonist in an interview with Mando Kobayashi. The legend itself mentions a mummified corpse with two faces, four arms and two legs, eerily familiar traits to those who know of Sukuna’s legend. People who laid eyes on the mummy were rumored to meet extreme misfortune or sometimes die, and any place that held it was inevitably met with a catastrophic calamity. In the urban legend, the mummy’s curse might have even caused the Great Kanto Earthquake in Japan’s Taisho era (1912-1926), where a 7.9 magnitude quake devastated Tokyo and its surrounding regions. 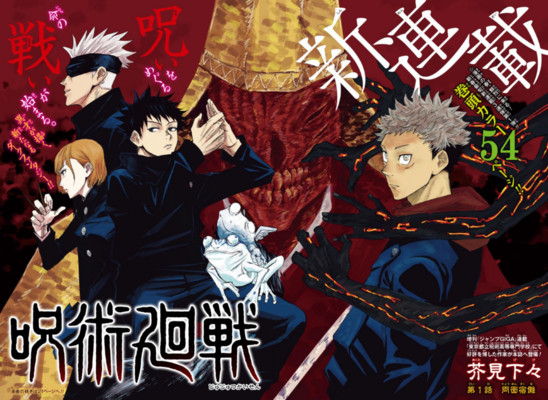 Akutami might have also referenced this in the cover art of the very first chapter of Jujutsu Kaisen, where a four-eyed mummy can be seen in the garb of a sokushinbutsu—Buddhist monks who secluded themselves in the mountains, fasting and chanting mantras until they died in the hopes of reaching enlightenment. Due to their strict diet of pine needles, resins, and seeds, their bodies would shrivel up like mummies but become resistant to decomposition, preserving their remains even centuries after they completed the ritual. While Jujutsu Kaisen‘s Ryomen Sukuna probably didn’t decide to atone for the mountain of bodies left in his wake by shaving his head and becoming a monk, some elements of the manga—particularly with the design of the cursed objects known as Sukuna’s fingers—likely took inspiration from sokushinbutsu. Though this origin story gives an intriguing look into the chaotic time of the Yamato period, it also isn’t the only possible explanation. Another theory states that the Nihon Shoki’s Sukuna is a representation of the two brothers Oousu no Mikoto and Ousu no Mikoto. Interestingly, Oousu and Ousu were considered twin brothers in the Kojiki—the oldest surviving historical document of Japan. However, after Oousu the elder began to act out, their father asked Ousu if he could teach his twin some manners. In the legend, Oousu claimed gave a thumbs-up to daddy dearest, calmly sat his brother down, then proceeded to cut off his limbs and dispose of him in an unmarked location.

This gruesome story might even be the inspiration not only for Ryomen Sukuna’s ruthless nature but also his absurd strength in Jujutsu Kaisen, as Maki and Mai revealed that twins are perceived as a singular being in terms ofd energy, meaning the curse of one twin would further strengthen the surviving sibling. One popular fan theory proposes that Ryomen Sukuna might have eaten his twin in the womb, which is why he gained such immense power along with extra appendages, not to mention his unnerving taste for human flesh. That said, the perks of fratricide aside, very little about Ryomen Sukuna’s backstory has been revealed in the manga, so fans ought to take this theory with a bucket of salt. 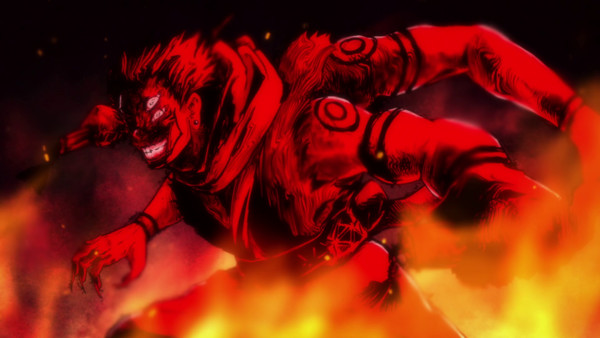 Though there are multiple parallels between Jujutsu Kaisen‘s Ryomen Sukuna and the Nihon Shoki’s Sukuna, there may still be another reason for the similarities altogether, as Akutami’s supernatural battle shonen is still a developing work. Whatever the case, I’ll be here waiting for more insight into Jujutsu Kaisen‘s world of curses and sorcerers, and I encourage others to join me in this experience. I can only hope readers will find themselves harboring a new appreciation for the culture and history that led to the creation of one of modern manga’s most notorious villains.