The King of Fighters XV arrived last month with an ambitious new take on SNK‘s long-running series, packing in both new ideas and characters alongside a familiar lineup and voluminous references to previous games. Currently available on PlayStation 4, PlayStation 5, Xbox series X and S, and Steamit’s met with a largely positive reception from series fans and newcomers alike.

We caught up with The King of Fighters XV creative director Eisuke Ogura and game director Kaito Soranaka to find out their thoughts on the recent entry, their inspirations for the combat, and their dream team from across the SNK universe.

How did you decide which characters to include?

EISUKE OGURA: So first we added the heroes (and their rivals) from each saga and decided where to place them in the story. Then, we thought of what characters we could add to their team to fill it up.

And why were some characters who first appeared in The King of Fighters XIV left out of XV?

OGURA: Similar to the answer above, if we couldn’t choose a character to add to a specific team, then unfortunately they were out of the running. 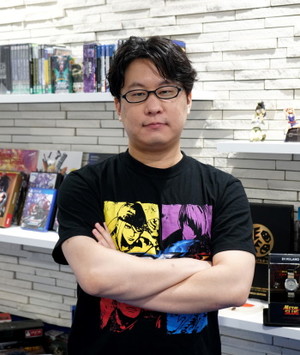 How did you come up with the changes to the auto-combo system for KoF XV? How did players react to the similar system in The King of Fighters XIV?

KAITO SORANAKA: We had a similar system in KOF XIV, but it was less varied. All it would do is trigger the highest special move available (assuming there’s enough bar) after multiple light punches. Our goal was to give new players to the game a chance to pull off combos without making it too convoluted. So that’s why it was just tapping light punch. For KOF XV, we gave players the ability to choose their own combo. This makes things much more fun, as the ending to their combo will change depending on the last button they press. So far, a lot of people seem to really like it, and many avid gamers have even said they’re considering adding it to one of their fighting strategies.

The King of Fighters XV combines a lot of story arcs and characters into one game. Was this an attempt to clear up all of the old plotlines? Where do you see the next King of Fighters going in terms of story?

OGURA: When Verse was taken down in the previous game, it allowed us to bring forth past characters that were unable to join due to story reasons. Now, we were able to build upon that storyline with those characters in XV. Krohnen isn’t related to what happened with Verse, but I’m glad he was able to join regardless.

We currently haven’t decided what’s going to happen, but I hope fans will enjoy what we have in store. 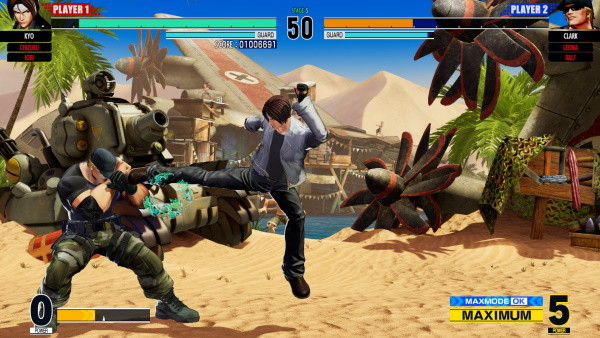 SNK fighters are known for digging deep into the catalog. What do you think is the most obscure reference you included in The King of Fighters XV?

OGURA: I’m sure NEOGEO fans out there already spotted it, but Terry Rogers and Master Barnes from 3 Count Out are featured in the Pro Wrestling Stage. Also, there’s Rumi Aikawa resting in Team Ikari’s stage. Mudman’s mask from World Heroes 2 makes an appearance as a giant statue in the Pao Pao Cafe stage. Many characters make cameo appearances in various KOF XV endings, especially in Team GAW’s ending. NEOGEO fans really need to check that one out.

What are your personal memories of playing a King of Fighters game for the first time?

OGURA: I thought the graphics and fine details of KOF ’94 were stunning and so realistic. Just the way the colors were used, it was truly a life-defining experience. 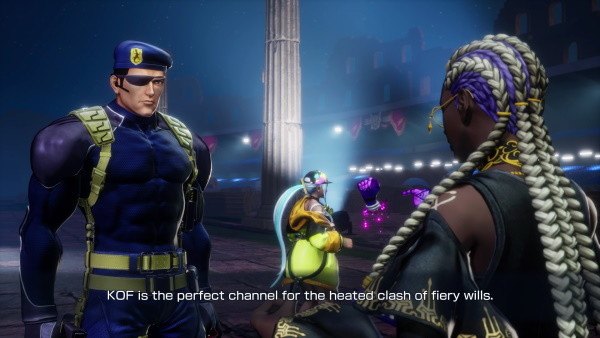 What do you see as the biggest change in the series over the years?

OGURA: The KOF series has gone back and forth over numerous big design changes, so it’s hard to single one out as being the biggest. But I guess the change in graphics could be considered big. The shift from KOF XIII to XIVwhere it went full 3D, would probably be the biggest change in my eyes.

Drawing on any characters from any SNK game, what’s your ideal three-member King of Fighters team?

OGURA: That’s a tough one! I’d have to say Krauser, King Lion [from Savage Reign]and Neinhalt Sieger [from Samurai Shodown]! They’ll probably tell me no, though. [laughs]