Love of Kill first began as a pixiv manga with the premise of “two assassins find love together.” ANN spoke to original creator Fe about how the story evolved in its transition to a print serialization. We also spoke to the anime’s director Hideaki Obaseries composition writer Ayumu Hisaoand character designer Yoko Sato about how they turned the manga into a thrilling anime.

What are some of the biggest differences between the original pixiv version of this manga and the published version?

Fe: The pixiv version only tells the story with fragmentary situations. Actually, I didn’t even think about the chronology when I was drawing it. I thought that it wouldn’t work as a commercial product if all I did was just connect the dots. The pixiv Version is the prototype, while the comic version tells a reworked story from Ryang-Ha and Chateau’s encounter that’s focused on exploring the relationship between the two characters.

You mention in the acknowledgments page at the end of every manga volume that Chateau’s design was “donated” to you. Can you explain some of the circumstances behind that?

Fe: Chateau’s outer appearance (her character design) was created by a friend. I created Range-Ha’s character first; as for the girl who would complement him, my friend kindly shared their character with me. Because of this, Chateau might be something like a precious adopted child to me.

The feeling of “distance” between the two main characters is one of the big appeals of the manga. It makes every brief moment of closeness between the characters very satisfying. When you devise the situations, how do you decide on the amount of progress that happens in the relationship?

Fe: Instead of developing their relationship through a specific scene, the situation unfolds organically through the buildup of events leading up to that moment. That might be how it goes. As for the degree of relationship progress between Ryang-Ha and Chateau, those two characters don’t really listen to the author telling them what to do. So I’m being honest when I say that even I have no idea what’s going to happen to them next. (laughs) 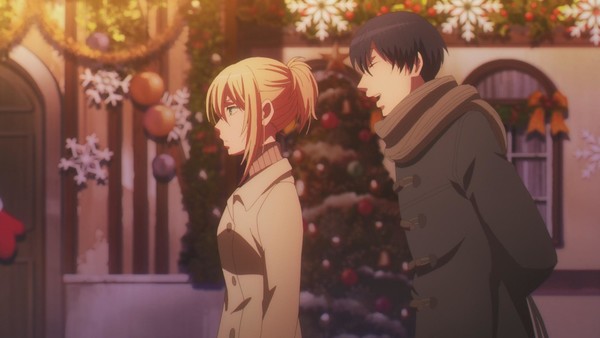 You have a reputation as a versatile director. When you take on a new job, do you do any particular research to get immersed in the genre you’re handling?

Hideaki Oba: I didn’t do any particular research. Even now, I habitually enjoy plenty of manga, novels, TV shows, films, and online things in my day-to-day life. I can generally surmise what category a title fits under. Because this series is serialized in a women’s magazine and it deals with a subject theme that’s rare in today’s anime, I felt it was fresh.

What did you keep in mind when portraying the action scenes and the assassins’ way of fighting?

OBA: The rhythm, tempo, and a sense of deliberation. That said, it’s impossible to please absolutely everyone, so I’ve tailored it to the expected audience of this title.

The manga has very notable tone shifts between the comedy and action thriller parts. How did you handle that in the anime?

OBA: It’s one of the big appeals of the manga, so I tried to replicate it as much as possible, but some of them worked, some didn’t, and some we didn’t adopt from the beginning because we thought it was impossible. When I looked at it from that type of perspective, I felt that it was trickier than doing action in some respects. 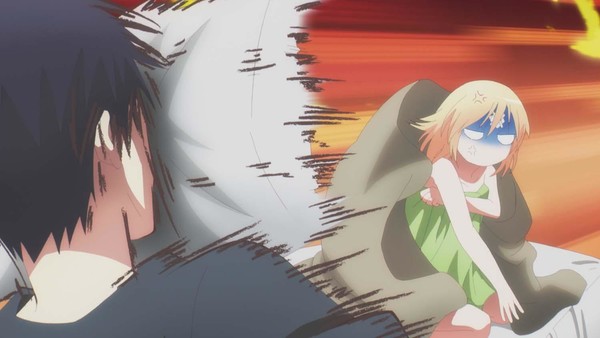 What was your first impression of the manga?

Ayumu Hisao: I thought it was one of those extremely rare works that depicts an exquisite balance between many different elements. I also felt that, because it’s such a polished work within the manga medium, it would be difficult to express its appeal through anime.

When I watched the PVs [promotional videos], I got the impression that the anime is very vividly capturing the suspense and romantic drama aspects. What did you keep in mind when writing the script?

HISAO: Everyone on the anime team had a joint awareness that the interactions between Chateau and Ryang-Ha are the biggest draw for many fans. I made sure to keep it in mind when writing the script.

Love of Kill is the kind of manga where an entire chapter might only have a few lines of dialogue. How did that affect your work adapting it for anime?

HISAO: Because there were fewer lines, there were times when the scriptwriting work was shorter than the average. But that also posed a risk: if we crammed in too much content, then we would risk damaging the atmosphere of the original work. Because of this, we got through the scripting and storyboarding work quicker than normal, and then prudently checked whether it actually fit as we went along. 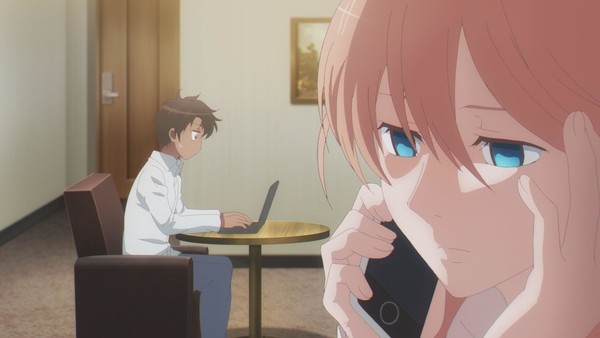 What aspects of the characters were you conscious of when you were designing them for anime?

Yoko SATO: I tried to make it so that the parts would not show any inconsistencies even if you were to spin them around 180 degrees.

The characters come from a range of different countries. Did that make them any harder or easier to draw?

SATO: It didn’t make anything particularly difficult. I hope that I can express the humanity of each individual person.

Ryang-Ha Song is an interesting character because his expressions convey his emotions in a subtle way. Was it a challenge to portray him in the anime?

SATO: It might be expressed subtly, but he is the kind of character who makes his general feelings clear (relative to Chateau or other characters), so I didn’t encounter any difficulties outside the realm of expectation.

The series is streaming on Crunchyroll.