HIDIVE announced at its panel at Anime Boston on Saturday that it will simulcast the Tokyo Mew Mew New, Dungeon ni Deai o Motomeru no wa Machigatteiru Darō ka IV Shinshō Meikyū-hen (Is It Wrong to Try to Pick Up Girls in a Dungeon? IV New Arc: Labyrinth), and Call of the Night anime. All three anime will debut on HIDIVE this summer. HIDIVE also confirmed it will stream Made in Abyss: The Golden City of the Scorching Sun.

The all-new anime of Reiko Yoshida and Mia Ikumi‘s Tokyo Mew Mew manga will premiere on TV Tokyo and its affiliates in July.

The anime follows Ichigo Momomiya, a girl who transforms into Mew Ichigo (Strawberry) with the power of the Iriomote leopard cat to save Earth from parasitic Chimera Animas.

Yoshida and Ikumi serialized their original Tokyo Mew Mew magical girl manga from 2000 to 2003 (with Kodansha credited for the franchise’s original concept), and Tokyopop published all seven volumes in English. Kodansha Comics released the manga in three omnibus volumes with a new translation in 2011. The manga inspired a 52-episode television anime series from 2002 to 2003. 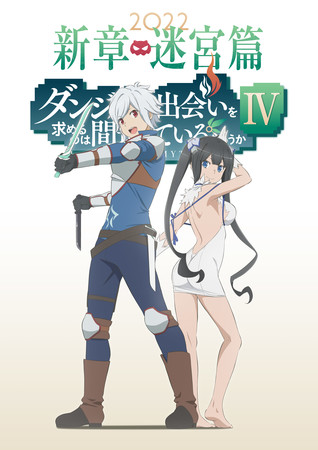 The anime’s third season premiered in October 2020 after a delay from July due to the effects of COVID-19. The season ended in December 2020. Sentai Filmworks licensed the season, and the anime is streaming on HIDIVE and Crunchyroll. Crunchyroll removed the anime on March 31. 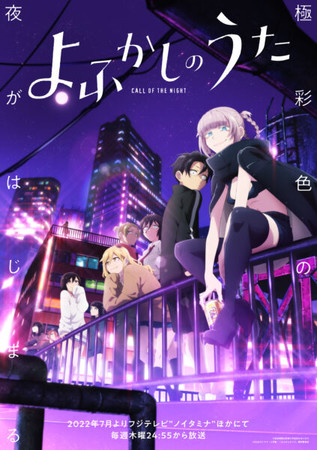 The television anime of Kotoyama‘s Call of the Night (Yofukashi no Utamanga will premiere in Fuji TV‘s Noitamina programming block in July.

Tomoyuki Itamura (Monogatari series) is directing the anime at LIDEN FILMS with Tetsuya Miyanishi (Josee, The Tiger and the Fish) as the chief director. Michiko Yokote (Bleach, Shirobako, Prison School, Cowboy Bebop) is writing the scripts. Haruka Sagawa (Happy-Go-Lucky Days) is designing the characters. Creepy Nuts will perform the theme song “Yofukashi no Uta” (Call of the Night).

Viz Media is releasing the manga in English, and it describes the story:

Nanakusa is a vampire. That’s okay with human Ko. He wants to be one too. But transformation doesn’t come that easily…

When Nazuna invites Ko to spend the night at her place in an abandoned building, he’s stoked! But then he awakens to kisses on his neck with a little too much bite to them… Is it just the delicious taste of his blood that makes her meet him night after night for late-night adventures, conversation and…naps? Or something else? Then, when a cute girl from Yamori’s past shows up and competes for his attention, his budding relationship with the undead is put to the test!