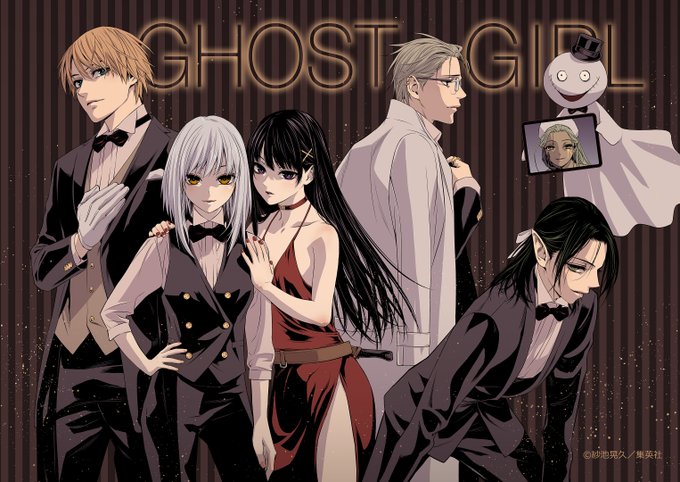 From Ikeda Akissa, aka Saiké Akissa, the mangaka behind Rosario + Vampire, comes Ghost Reaper Girl—a fresh, female-led take on the supernatural action-adventure genre. Despite being shelved as a shounen, this new title has a gorgeous shoujo overtone, pitching a nearly thirty-year-old woman as the protagonist. Ghost Reaper Girl’s appeal revolves around this simple, but enticing, appeal. In the mangaka’s own words, “Doesn’t shounen manga entrust battles over the fate of the world to minors a bit too often?” The end result is a consistently appealing first volume, with a mature magical-girl vibe that builds on old shounen like Bleach, mixed with modern shoujo design and a healthy dose of comedic banter to lighten the mood. Join us today on Honey’s Anime as we review Volume 1 of Ghost Reaper Girl!

Meet Chloé Love, 28 years old, and an aspiring actress. She’s appeared in 36 films, and played a dead body in 30 of them…and time’s fast running out for her to make it big in showbiz! She still looks quite youthful, but her childhood left some indelible marks upon her—least of all the troubles of growing up in a slum, fighting for survival. Little does she know her violent past will be just the thing to propel her into a new future… When a huge number of evil spirits escape from Hades—the afterlife—Chloé discovers that she’s something called a “spirit medium” that can serve as the perfect vessel for souls. Rescued by a ghost reaper named Kai, Chloé forms a contract with her new partner, granting her a magical-girl transformation that allows her to become the titular “Ghost Reaper Girl.” The battle sequences are flashy, with scythes and chains and spirits; the battles aren’t gory, though, which sits nicely with the manga’s overall tone. Surprisingly, Ghost Reaper Girl manages to go the entire volume without even an ecchi fan-service moment. Whether that’s a selling point or not is up to you, but it felt nice that Chloé is respected as the protagonist—she’s beautiful, but she’s worth more to the story than a cheap panty-shot. Chloé gains a new familiar, the cat-like Noel (complete with frequent ‘meow’ puns), and most of the downtime in the story revolves around the banter between the two man-servants now living with her. These comedic breaks are well-executed, and Chloé has an instantly-appealing charm to her—her goal is simple, and adult readers will definitely resonate with her broken dream of becoming “something more.” The reading direction for Ghost Reaper Girl has been inverted from normal, at Saiké’s request, meaning that you’ll read this left-to-right in English. It’s a strange departure from the usual manga standard, and it took us a while to adjust. There doesn’t appear to be a particular reason for this, but the artwork looks fine inverted, so it shouldn’t take readers long to adjust to the altered layout.

Why You Should Read Ghost Reaper Girl, Volume 1 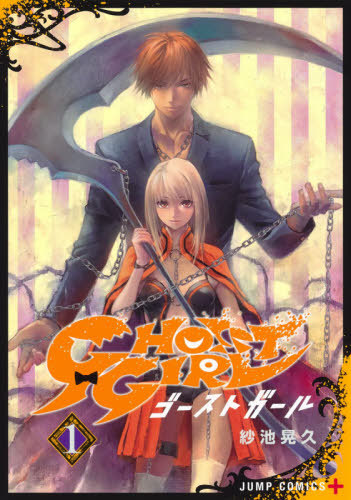 1. Leading Lady in a Shounen

Let’s be honest—outside of shoujo-marketed material, women in shounen are usually relegated to the “side character” position. At best, they’ll be the love interest, the ecchi fan-service character, or on the opposite end of the spectrum, they’ll be the “rough warrior” type. There are exceptions to the rule, but series like Mahou Shoujo Madoka Magica (Puella Magi Madoka Magica) use teenage girls and focus more on psychological drama. Ghost Reaper Girl boldly challenges the shounen genre by putting an adult behind the wheel (scythe?) of the series. That, alone, is highly deserving of our praise.

2. Come For Action, Stay for Banter and Beautiful Boys

Although it’s hard to predict where the series will go, it feels safe to suggest the overall tone will remain the same. There are serious moments, particularly with regards to Chloé’s history, and some hints at Kai’s own tortured path to becoming a spirit, too. But those moments are balanced out by the fun reverse-harem forming around Chloé as she attracts more ‘servants.’ The bishounen appeal of the male characters stands out nicely compared to Saiké’s previous work, Rosario + Vampire, and the constant banter between Kai, Chloé, and Noel is consistently amusing.

There’s a lot to love in Ghost Reaper Girl, most notably because there are so few shounen with a leading lady, let alone an actual adult. The series could’ve decided to dive more deeply into the ‘being an adult’ aspect of things, but for now, it seems content to dwell more on ‘hopes and dreams.’ Time will tell where this new series goes, but the first volume was engaging and memorable! Are you going to check out Ghost Reaper Girl? Let us know down in the comments below, and as always, thanks for reading!