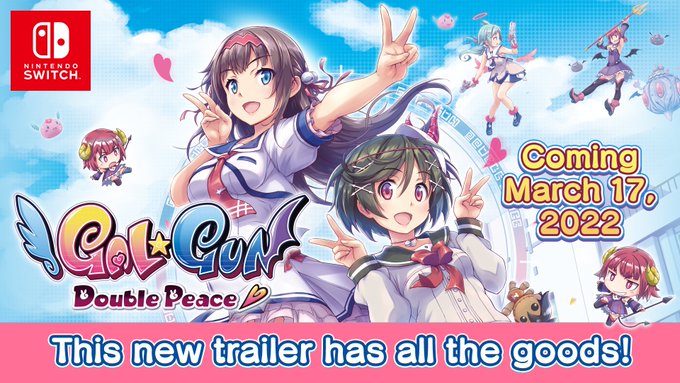 Who it Caters to 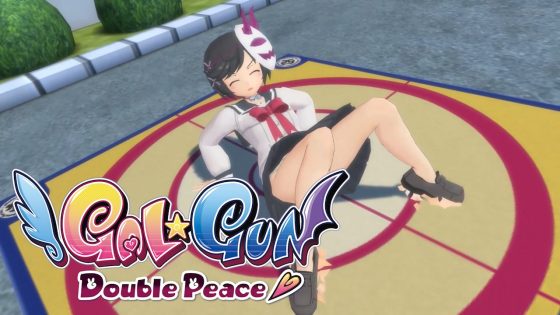 Have you ever wondered what it would be like to be an anime protagonist who women gushed over and want to profess their love to you in spades? Gal Gun: Double Peace allows the player—aka you—to experience this majesty in a more comedic scenario. Hit by an angel’s special gun, you now are loved by the entire female student body but there is a big catch. If you don’t choose the one who you truly love within a day, you’ll be hated by literally guys, girls, and animals alike! Arm yourself with your trusty pheromone shot—literally what it is called—and jump into this re-released on-rail shooter dubbed Gal Gun: Double Peace! If you are interested—and we know you are—keep reading to see our full review and why this ridiculous game needs to be part of your Nintendo Switch library! 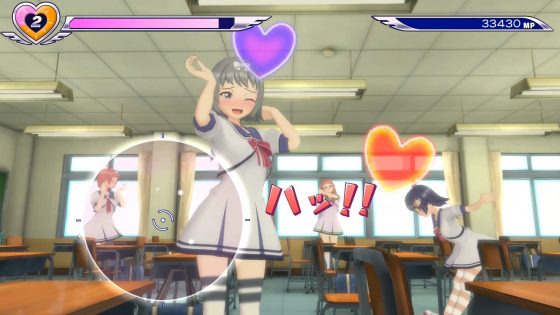 As a re-release of the PS Vita ecchi heavy title, Gal Gun: Double Peace is an on-rail shooter with some interesting mechanics. Using a strange weapon dubbed the Pheromone Shot, players will shoot their “love” at various female characters to stop them from consuming your character with their affection. Based on how you develop your straight-laced main character, Gal Gun: Double Peace allows several routes to be taken that change the story, the environments, and the eventual girl you’ll profess your undying love for! With tons of panty shots, strange moans and ecchi settings set to max, Gal Gun: Double Peace puts you in the driver’s seat of what it would be like to be an ecchi protagonist! 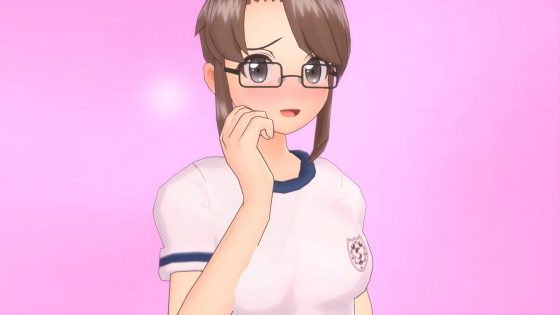 On a training mission, a young cupid angel is tasked with helping a hapless young man find his forever love. Unfortunately, a demon angel has her eyes on our main boy, and in the confusion, our cupid angel unleashes a charged love shot that ends up with dire repercussions. While he’s now irresistible to the female body of the school, this is a double-edged sword for our protagonist. He must stop the females around him from literally crushing him with their love and must find his soulmate before the end of the day lest he wishes to be hated by literally anything that breathes. Can true love be found behind a tidal wave of panties, oppai and beautiful ladies or will you forever end up hated and loathed!? 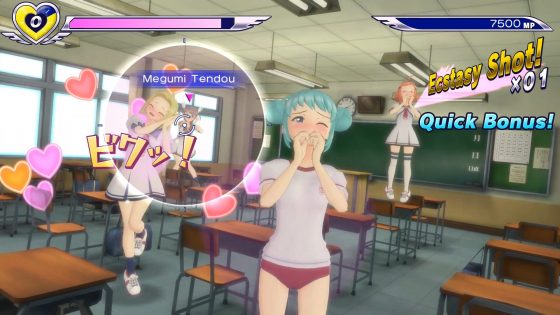 Originally released in 2015 on everyone’s favorite almost forgotten handheld the PS Vita, Gal Gun: Double Peace was met with some rather favorable love. This led to not only a sequel—Gal Gun 2—but a port to the PS4 and PC in 2016! Now in 2022, Gal Gun: Double Peace is returning to us ecchi-lovers on everyone’s favorite hybrid console, the Nintendo Switch. Does this re-released ecchi-focused rail shooter deserve some attention in 2022 or should you keep enjoying ecchi via anime? We shall find out in our full review of Gal Gun: Double Peace! We shall assume that many of you didn’t get the chance to play Gal Gun: Double Peace in the past but here’s a brief rundown of what you can expect from this fanservice-heavy game. Taking the role of Houdai Kudoki, you have been hit with a love shot that has made you a literal magnet for oppai and girls who want to confess every ounce of their sudden love for you. While this sounds like a dream come true—in our minds, we wouldn’t mind this scenario—your attraction comes with a big consequence if you don’t find your destined love. Now armed with a powerful tool called the Phromone Shot, you can lull the crazed girls around you by hitting their “vitals” and filling them with ecstasy. Yes, this sounds insane but let us tell you why this entire setup is every otaku’s dream game to play. Similar to older games like House of the Dead or Time Crisis, Gal Gun: Double Peace has you aiming while fixed on a set path. You hit the girls with your shot to amass points, raise your ecstasy meter—so you can unleash even more shots on the girls and even see a lot more of them—and try to make it to the end of the level. While simple on easier settings, Gal Gun: Double Peace can be quite the tough on-rail shooter as it requires quick movements and pinpoint shots to really stop these love-stricken babes! You can even “touch” your targets if you unleash your ecstasy on them! It sounds incredibly dirty—and it kind of is—but the gameplay works to not only fill your ecchi desires but your gameplay ones as well. Gal Gun: Double Peace is a lot of fun and with several modes, this isn’t a title without replay value. There are two gameplay modes to choose from such as the silly—but kind of adorable—story mode or the point-focused score attack mode. We prefer the story mode as it offers several endings depending on your choices and routes taken in-game but those who just want to prove they are the best at finding that perfect spot on a girl will no doubt gravitate to score attack! Gal Gun: Double Peace isn’t without its faults. This title does look a bit dated. Visually, Gal Gun: Double Peace has been revamped slightly for the Nintendo Switch but this shooter screams 2016. We also didn’t really find much use for the dress-up mode which allows you to ogle your favorite females and dress them up—which is reflected in the story mode—but that won’t be why most play this game. 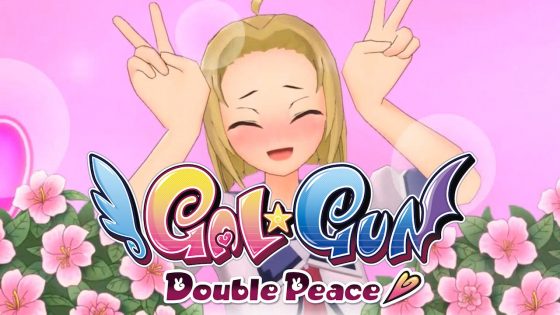 Gal Gun: Double Peace hasn’t changed much from its original PS Vita release and that is a blessing to be perfectly honest. We love the on-rail gameplay to be found here and had a blast with the anime/ecchi-themed story! We do wish the graphics had been updated a tad more to reflect the current year but we understand that this isn’t a title you’re playing for high-end graphics. Gal Gun: Double Peace is for those who love on rail shooters and equally love the ecchi theme found primarily in anime! 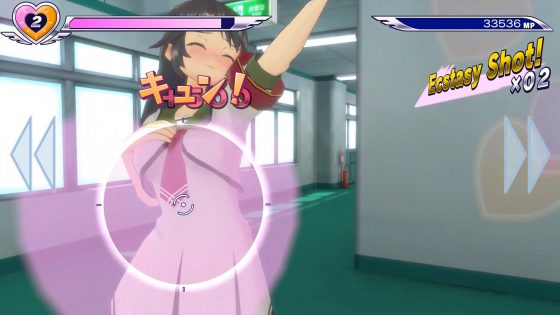 While Gal Gun: Double Peace might not get as much media attention as Elden Ring and/or Ghostwire: Tokyo, we still need to show our love for a game made for us otaku! Are you going to be playing Gal Gun: Double Peace on your Nintendo Switch or do you still rock the original PS Vita version? Tell us via the comments below and be sure to keep stuck to our otaku-loving hive here at Honey’s Anime for even more game reviews and anime articles!