They Came in Peace…Then a War Began

Led by the ambitious developer Midgar Studio—who clearly was inspired by the amazing Final Fantasy VII—Edge of Eternity harkens back to the old day of JRPG goodness. Players who want a heavily story-driven JRPG will no doubt adore the tale told in Edge of Eternity but can the gameplay match the ambition found from this smaller studio? Let’s find out in our review of Edge of Eternity for the PS5! 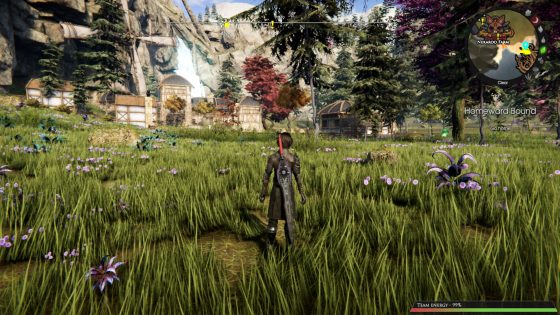 Similar to classic JRPGs like Final Fantasy and Xenoblade, Edge of Eternity has players guiding a young soldier named Daryon, whose world has once boomed in advancement thanks to an alien race formerly only to later fall under fear of their compatriots. Daryon must try to not only end a war that seems impossible for one young man to deal with but also handle a deadly virus called the “corrosion”. Players will enter turn-based combat to defeat various enemies and explore various environments for resources and a means to level up. Edge of Eternity captures the old-school JRPG feel by relying on systems like active turn-based combat—a staple of the Final Fantasy franchise—and hex-based grid movement to take on enemies with strategy. Edge of Eternity has ambition oozing out with every detail within and will surprise fans of the genre with a solid story and familiar turn-based gameplay. 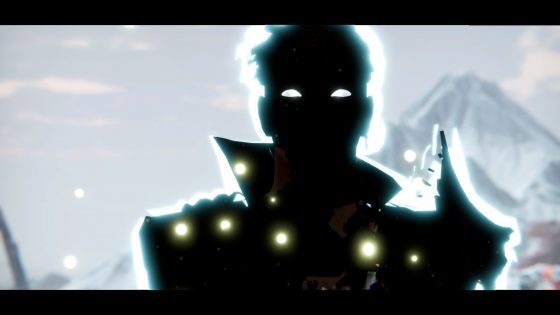 It was an ordinary day like any other on Hereon, then an advanced alien race arrived changing everything. The Archelites proved to the Hereon culture that they were significantly more advanced and neighbors seemed to come with the intention of helping their fellow galactics. However, the Archelites turned on their once allies when a power struggle for the world’s crystals began. Enter Daryon, who is one of the soldiers trained to take on the Heryon’s alien threat. After hearing his mother was infected with a strange disease called corrosion, Daryon sets out on a mission for a cure. Little does this simple soldier know that soon his mission will affect not only his family but the entire world… 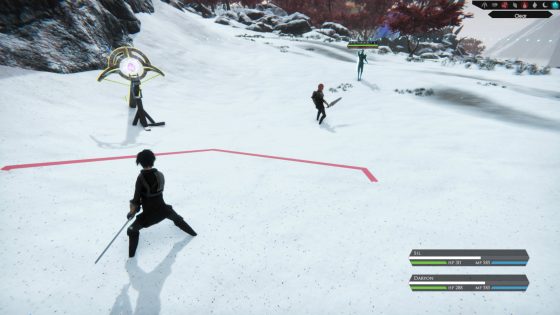 It won’t take long for gamers who enter the world of Edge of Eternity to realize this indie developed JRPG clearly has a love for the Final Fantasy franchise. Not only does the gameplay ooze that FF feel but so do numerous elements that make up the core experience of Edge of Eternity. We then beg to answer these questions. Is Edge of Eternity a game that relies too heavily on the FF themes and does it even come close to one of the greatest franchises of all time?

As with any JRPG, one of the most crucial elements to make or break the title is the combat/gameplay. Edge of Eternity luckily didn’t let us down with this as we love the gameplay. Similar to the older JRPG days, Edge of Eternity relies on what is now called active turn-based combat. This was a great idea as it keeps combat from feeling sluggish and boring. Added to this is a hex-based movement system, to allow players the ability to move behind enemies for sneak attacks and to avoid devastating blows that could do massive damage to the player. Players will need to make smart moves—especially if you up the level of difficulty—to avoid unnecessary deaths and missed opportunities. We did notice that battles can be a bit slow in the onset but as you begin to level up and gain stronger abilities and attacks, it speeds up according to feel more exciting.

Outside of the combat, Edge of Eternity shines with a pretty massive world to explore. While you won’t find millions of things to do and see, Edge of Eternity rarely feels barren with sprawling cities and large biomes that are chock-full of enemies to beat down—for either quests or EXP—and chests that need unlocking! We have to praise the Edge of Eternity for really putting a lot of effort to make large landscapes that capture that feeling of exploring a foreign world, not many JRPGs—even Triple-A titles—accomplish this.

Where Edge of Eternity falters is the visual/technical aspects. Visually, Edge of Eternity can sometimes impress with detailed character models, environments, and enemies but it can also fall flat in those same venues. There were plenty of times we saw patches of environment look almost ripped from a PS3 game and while we are confident these issues could be patched, they are still relevant especially when you play on the PS5.

Likewise, there is a multitude of technical issues we ran into such as audio oddities—which are noticeable when characters are indoors—and lighting effects that are almost non-existent. Again, we know that Edge of Eternity was developed by a smaller studio but players will still find these issues a bit troubling and we hope updates in the future can fix them if possible.

Now we mentioned this earlier but does Edge of Eternity rely too heavily on FF games from yesteryear and lose its own identity? Honestly, and surprisingly, no. Edge of Eternity definitely utilizes a lot of gameplay mechanics from titles like FF but still retains its own individuality. Edge of Eternity feels like a title made with love for fans of older JRPGs and doesn’t necessarily want to dive into the new age of the genre. That is perfect for retro gamers and those who prefer a more unique take on the systems found in games like Final Fantasy or Xenoblade.

Edge of Eternity was made with love and fandom, that much is evident as you play this lengthy title. That being said, some minor issues are relevant that keep the Edge of Eternity from being perfect. Are these flaws enough to deter you from picking it up? No, in our honest opinion, Edge of Eternity is a truly remarkable title that proves that developers with a love of a particular genre and series can make wonderful games. Edge of Eternity does need some patches to really perfect this awe-inspiring indie JRPG but even as it is, we found little to dislike for those who want a good old classic JRPG experience. 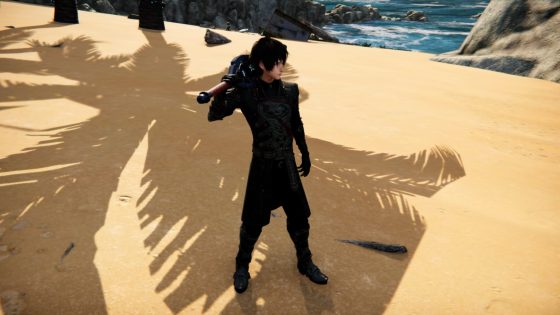 We have played a lot of indie JRPGs that try to find that sweet balance of nostalgia and modern-day systems but very few rarely come close. While not perfect, Edge of Eternity almost nails the bullseyes in delivering a JRPG experience that harkens back to the simpler days of JRPGs and we loved that about it. Our praise goes out to developer Midgar Studios, you did a job with Edge of Eternity fantastic and should be proud!

Are you readers going to purchase Edge of Eternity when it releases this February for PS4 & PS5? Comment below with your thoughts and let us know what old-school JRPG you guys/girls love the most! Be sure to keep locked to our JRPG loving hive here at Honey’s Anime for more game reviews and anime-related articles!