In the anime fandom, if there’s an evergreen anime besides the Forbidden 4, it’s Death Note. It’s very common to hear that Death Note was the first anime people watched. Not only is the anime unique, but its contents leave viewers in a trance no matter how many times they watch it. It was later licensed by Netflix for a live-action adaptation. The Death Note 2 live-action movie is also in the making.

Death Note is originally a manga written by Tsugumi Ohba and Takeshi Obata. The manga ran from 2003 to 2006, covering 12 volumes. It was then adapted into a 37 episode anime series that has remained popular to date. Following the success of the anime adaptation, Konami developed three games based on this manga.

Two live-action films were released back in 2006 based on this series. Although these films lacked majorly in comparison to the anime, these films were adequately well done. However, in 2017 Netflix released an American live-action version of this anime. This movie was directed by Adam Wingard. The screenplay was written by Charles & Vlas Parlapanides along with Jeremy Slater. This live adaptation of the popular psychological thriller shounen anime series did not succeed as well as the other adaptations. Despite its poor maneuver of the manga, the anime announced a sequel.

When the movie was announced back in 2015, fans had high hopes of seeing their favorite anime coming to life. The 2017 Netflix film Death Note brought disappointment to the fans of the original manga and anime series. After its release to date, Netflix’s Death Note has received far too many bad reviews than good. As much as I hate being a strict critic, this movie left a sour taste that I couldn’t get over. For whoever appreciates the original genius work of Tsugumi Ohba, they can clearly see the shortcomings of the film crystal clear. Here is where the film went wrong.

The movie, although it wanted to adapt the manga, failed miserably at it. Major details were changed that not only effectively changed the plot but also killed its very essence. Death Note (manga) was a brilliant psychological thriller. It shared one of the most exciting games of cat and mouse between the two protagonists, Light Yagami and the detective, L. Light’s true identity was an open secret for L. The little mind games they play, one to keep his identity hidden and one to reveal it, is what made Death Note a spectacular series. The movie butchers this very idea by focusing on a hormonal teen. What makes it all the worse is the involvement of a foot chase, which ridicules the very basis of Death Note. 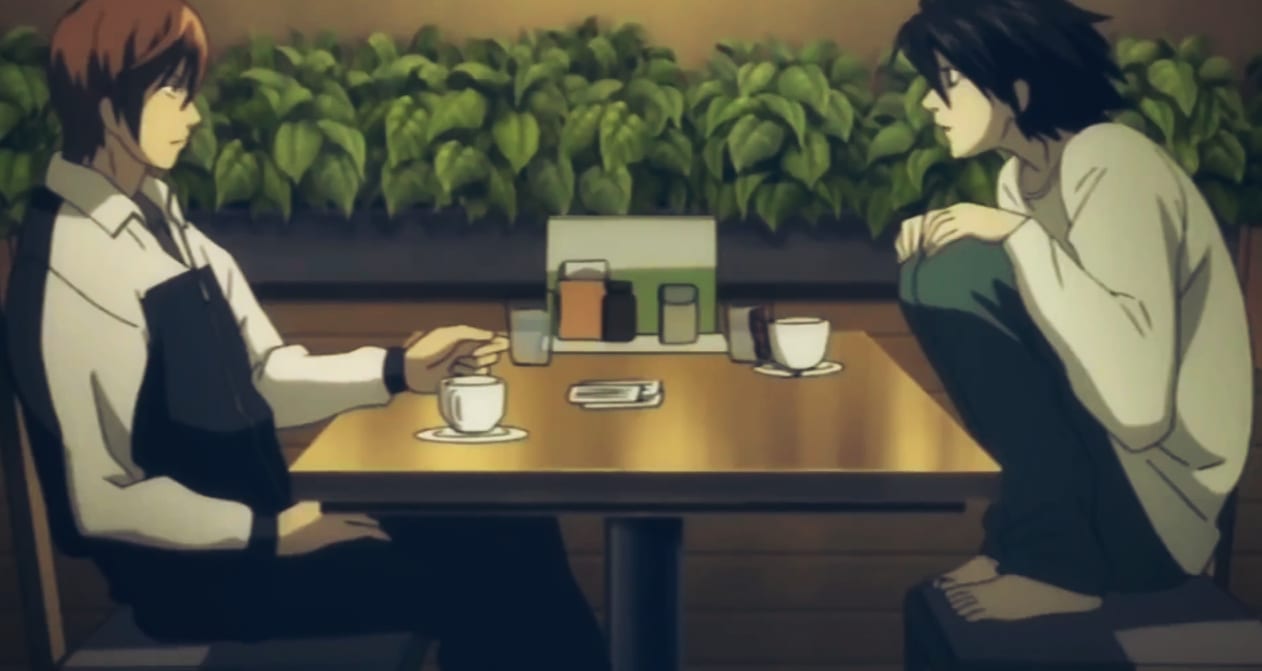 Characters in the movie have been significantly changed too. As a matter of fact, an important character, Misa Amane, was completely removed from the plot. She was instead replaced by a completely new character, Mia, who, by the way, Light loves. Light Yagami, as per the original work, was a genius psychopath with a God Complex. Light Turner, on the other hand, was a stupid hormonal teenager who shows off his death note to Mia. In the entire movie, the only point where they lazily try to depict that he is smart is by showing that he does everyone’s homework.

The ever intimidating cold presence of Light Yagami is completely invisible in the movie. The shinigami, Ryuk, voiced by Willem Dafoe, was my favorite character in the entire movie. Yet, sadly and ironically, he was not given enough screentime either.

Death Note live-action was surrounded by more than just negative reviews from angry fans. Shocking discovery about the usage of real disturbing footage led to severe controversies. The movie made use of real images of the 2010 train collision in Buizingen, Belgium. Not only does this fall under the depiction of graphic content to a large audience, but it was also claimed to be disrespectful towards the 19 fault caused during the accident.

With so many wrongs, what makes Death Note 2 live-action movie worth waiting for?

Also Read: Some Of Light’s Plans That Never Should Have Worked In The Death Note

The sequel of the 2017 Netflix film was announced in 2018. Although there has been an announcement from the director, some great insight has been thrown towards us by the new screenwriter, Greg Russo. For anyone who does not know, Greg Russo also wrote the screenplay for Mortal Kombat and the 2021 Resident Evil movie. Mortal Kombat has received many good reviews from its fans.

Greg Ruso has made multiple statements indicating that he is working on the Death Note 2 script. In 2018, Greg shared his enthusiasm and love for the manga in an exclusive interview with Discussing Films. He talked about the various perspectives of the source material that he wants to play within his script.

Later, in September 2020, he tweeted that he had been working on the script and that it was ‘consuming a large part of his life. Moreover, he has often indicated that his interests lie in sticking close to the original manga. According to Russo’s claims, Death Note 2 live-action movies will have unexpected bits with a taste of horror.

A release date is far from being announced, but it is confirmed that a sequel of Netflix’s Death Note will be arriving in the near future. How well the writer pulls it off this time does pique some interest, especially because of the hypo Russo has been building. Yet, would it be enough to completely fix the damage done by the first movie? Watching the Death Note 2 Live-Action movie on its release is the only way to find out.