Title: Rapunzel of the Magic Item Shop light novel
Creators: Hiyoko Kurisu (author), Imoichi (illustrator)
Release Date: May 31 (digital)
Synopsis: In a kingdom where magic is strictly outlawed, a young sorcerer named Lille finds herself imprisoned in a tower for no reason other than simply existing. After ten years of being locked up, a huge, mythical bird suddenly appears on her windowsill to whisk her away. The bird—a familiar called Ark—takes her to a quaint little house, where he introduces her to his master, a sorcerer named Charles. Charles decides to take Lille on as his apprentice, alongside another young sorcerer named Leo. As her new life begins, Lille discovers what it means to have a family, and even what it means to fall in love. Through her shop-keeping duties at Charles’ Magic Item Shop, she gradually adjusts to life in the outside world. The more she learns, however, the more she finds herself wrapped up in Charles and Leo’s secrets… 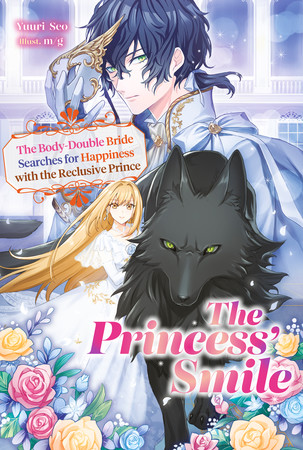 Title: The Princess’ Smile: The Body-Double Bride Searches for Happiness with the Reclusive Prince light novel
Creators: Yuuri Seo (author), m/g (illustrator)
Release Date: August 12 (digital)
Synopsis: Sara, a royal maid in the Kingdom of Saleilles, is ordered by the king to enter a political marriage with the eldest prince of their rival kingdom, Ferrier—but as the body-double of the real princess! But then Sara’s boyfriend cheats on her with the princess she considered a friend and turns on Sara completely! Utterly betrayed by those she trusted most, Sara hits rock bottom, heart shattered…

Farewell, Princess I used to love and respect. Farewell, my once-loved boyfriend.

So Sara makes a decision—she will find happiness in Ferrier no matter what! But that all hinges on her husband-to-be…a reclusive, misanthropic prince who has a slightly difficult personality and is constantly wearing a mask. To make matters worse, rumors are spreading in Ferrier of a terrifying black beast on the prowl…

Can Sara ever hope to find happiness in these conditions?! 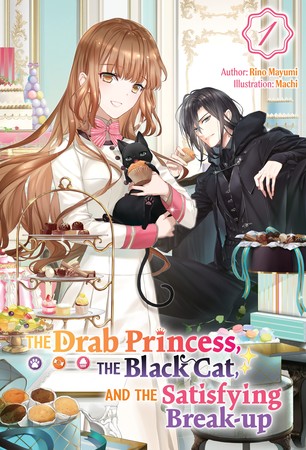 Title: The Drap Princess, the Black Cat, and the Satisfying Break-up light novel
Creators: Rino Mayumi (author), Machi (illustrator)
Release Date: July 8 (digital)
Synopsis: Seren, the eldest daughter of a duke, has grown up being teased for her plain looks, nicknamed “Princess Drab” in comparison to her younger sister, who is a real beauty. One day she overhears her fiancé, Prince Helios, and his friends talking about how her sister would make a much better wife.

In order to avoid marriage with the prince, Seren plans to become a top-level magician and gain the freedom that comes with the title. To achieve this, she teams up with a black cat, a familiar lent to her by Viol, leader of the Ice Magicians, after she finds out about his secret weakness to sweets! Together they’re going to do whatever it takes to bring a peaceful end to her unwanted engagement! 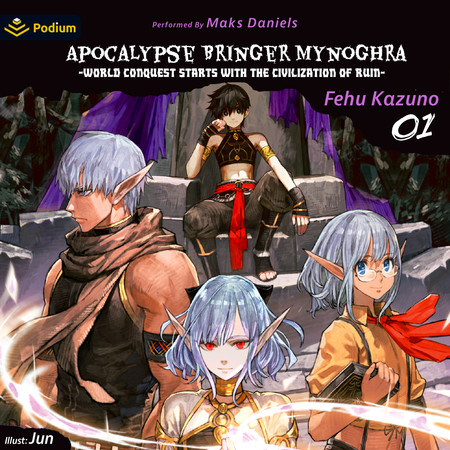 Title: Apocalypse Bringer Mynoghra: World Conquest Starts with the Civilization of Ruin audiobook
Creators: Fehu Kazuno (writer), Jun (illustrator), Maks Daniels (narrator)
Release Date: March 22 (digital)
Synopsis: Takuto Ira succumbed to illness at a young age and ended up reincarnating in a world that resembles the fantasy turn-based strategy game Eternal Nations. Not only did he reincarnate into his favorite game, but as the god who commands the evil civilization Mynoghra. With Mynoghra’s beautiful hero unit, Sludge Witch Atou by his side, not even legendarily difficult race traits will stand in the way of restarting their civilization! “Lord Takuto…won’t you start over with me?”