Taking place after the events of Mysterious Booknewcomers can breathe easy knowing that prior experience with the series is not needed: not only does Mysterious Dream include a recap of the previous game, the story also takes precious few cues from its predecessor. Newcomers and veterans alike can quickly settle into the groove of exploring a lovely world, bashing objects with a cane to farm reagents, and pointing out “barrels!”.

The design for Mysterious Dream deserves much applause. Belabored as many of the character designs may be, characters are instantly charming and it’s hard to look at Sophie’s face and not break out into a smile. The world of Erde Wiege is somewhat mundane in its dreamlike nature, and yet nevertheless a delight to explore. Rolling hills, rain-soaked ruins, and sun-dappled forests alike welcome players. Music is also a high-point: while I struggle to find what exact genre the soundtrack tries to go for, all of the music has a charming folk bend with unique flourishes. I didn’t think I’d come to love James Horner by way of anime, but here we are.

But it’s not all aesthetic when it comes to an Atelier game: there’s also the much-vaunted synthesis system. And sure enough, Mysterious Dream offers plenty for min-maxers to play with. Item synthesis has been revamped with a puzzle twist: ingredients can now include elemental panels that must be arranged on a grid. Intelligent panel placement can result in items of greater quality and even bestow bonus skills into equipment. While it makes alchemy much more time-consuming (even making basic reagents takes time when you have to arrange your panels just right), nothing is quite so satisfying as making weapons for your party loaded up with extra bonus attacks derived from your own careful planning .

Discovering new recipes is also a snap: now, you learn new recipes through a combination of progressing through the story, ranking up as an alchemist, and discovering new ingredients. Hence, character progression is not just a case of grinding up your experience level and amassing a stockpile of reagents; finding new areas to explore becomes a reward itself. It also means you have alternatives for dealing with difficult enemies; one fight we initially struggled with became a breeze once we pulled back and mixed up some new equipment and items for the party.

Battles are also engaging. While at the outset of the game they leave much to be desired, Mysterious Dream adds in plenty of new mechanics that keep battles feeling fresh. A tag system has been introduced where once you’ve built up enough meter you can swap active characters in and out of the battle with party members in reserve to decrease the damage they take. It’s also possible to execute link attacks by swapping characters as they both use skills. While ordinary encounters don’t give many opportunities to explore these mechanics in full, later battles will require deft use of lineup swaps and link attacks. The result is a battle system that, at its best, is breezy and requires constant awareness to maximize damage. Item use offers another layer of strategy, allowing you to inflict status ailments that can change enemy weaknesses or break enemy auras.

One aspect of battle that does get tiresome is the new weather mechanic; During exploration, Sophie and company can find gems that can manipulate the weather. Outside of battle, this allows you to reach new areas and overcome obstacles. In battle, changing the weather can empower or debuff certain enemies. It’s fine as a mechanic, but the gems needed to change the weather have limited uses, and once they’re drained you need to return to the atelier to recharge them through alchemy. Game-necessary items having limited uses puts a stopper on the flow of the game, even if it makes sense from a narrative standpoint. 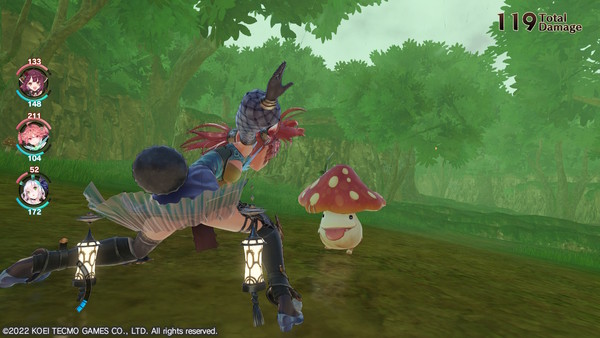 What’s more disappointing is Mysterious Dream‘s poor performance on the Nintendo Switch. The loading screen constantly pops up, be it from transitioning to another map, loading a save, fast-traveling, or playing cutscenes. Just booting up the game involves an extensive loading sequence. What’s more, the Switch struggles to handle the game’s visuals; Several wide-angle cutscenes contain a distracting amount of pop-in for props and characters on the maps. Once the game gets moving, it looks perfectly fine—but that abominable loading screen is always just around the corner, and I wouldn’t blame anyone from getting turned off from the game entirely, especially in the beginning when many of the mechanics have yet to be introduced. Even selecting certain options from menus or shop screens makes the game hang for a moment. All of this I could feasibly chalk up to the Switch’s underpowered processor (the version we played was on the Switch), and at least the game doesn’t run noticeably worse in handheld mode. I can only hope the other ports run better, as nothing ruins the cozy vibes for the game as the constant hang-ups.

And it’s a shame the vibe gets dampened because it truly bears mentioning: Mysterious Dream does a fantastic job of bringing in the Atelier series’ signature brand of comfort. There are constant vignettes between characters when you visit new areas or return to older ones; these could easily come off as boring, but in Mysterious Dream they are welcome thanks to all the charm and banter they offer. You get a good sense of the cast growing closer as friends and coming to care for each other as they take notes from each others’ alchemical methods, bicker over shop prices, or wonder when the pavilion owner will actually stand up and cook something for a change. There’s a great deal of character on display, with even the secondary cast feeling well-realized and memorable. Erde Wiege may be an idealized dream world, but the people you meet in it will come to feel like longtime friends. 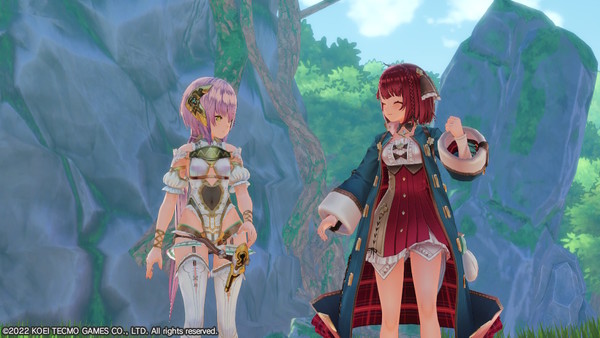 And I think that’s enough, performance issues aside. While the Atelier Games aren’t necessarily known for their cutting-edge design or for nudging the needle, their comfortable atmosphere and lovable cast are enough to draw in and captivate fans of all stripes. And Mysterious Dream is able to maintain that, even if the load times are a constant nuisance. Sometimes, a cute cast and a charming mystery to solve is all you need from a game. Mysterious Dream’s Twisting of alchemy and weather-changing perks your brain up before you get too comfortable, and the enemies will force you to bring in the whole gang. And for now, that’s good enough. Not an incredibly busy day, not a wild night out; Atelier Sophie 2: The Alchemist of the Mysterious Dream is a good, comfortable nap on a lazy Sunday afternoon. 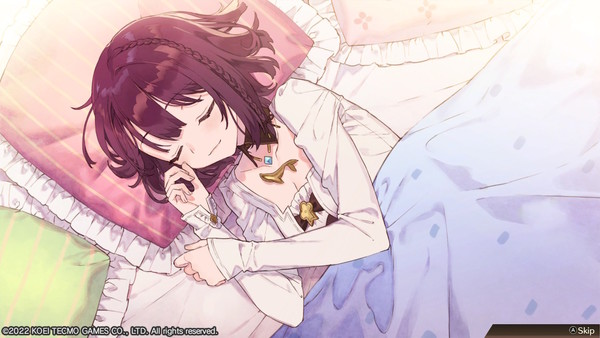