Deneice Leigh, co-founder of Houston’s Anime Matsuri event, announced on a presentation stream (starting at 9:08 below) on July 17 that the event organizers have licensed the Genbanojō and Zip! Shimezo (Chuck Shimezō) anime shorts from Nippon Animation. Anime Matsuri dubbed the half-hour shorts through its own newly created studio, with Vic Mignogna credited for ADR directing and voice acting. The Anime Matsuri 2022 event will host both dubs’ premieres on July 29 at 8:00 pm CDT. The July 17 stream featured Leigh, Mignogna, and Jacob Takanashithe voice of the titular lead in Genbanojō.

Leigh reported that Nippon Animation will be at the event’s premiere screening, as well as unspecified members of the English voice cast.

Over the course of his career, controversial voice actor Mignogna has received multiple allegations of sexual harassment from both colleagues and fans/convention attendees, which came to a head in 2019 when Funimation ceased his working relationship with him. Mignogna then sued both Funimation and voice actor colleagues Jamie Marchi and Monica Real for defamation. The court later dismissed these lawsuits.

Voice actress Berry declared on Twitter after the announcement that sometimes actors do not know who they are working with because they are “not given a full list of all the people involved.” Fellow actress Nichols retweeted Berry’s statement. 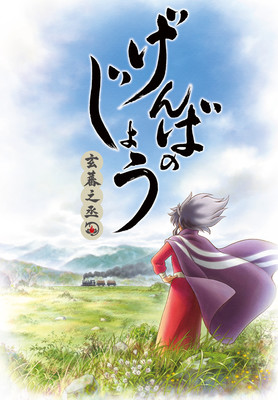 Genbanojō and Chuck Shimezō debuted in 2017 and 2019, respectively, as part of the “Anime Tamago(formerly)Anime Mirai“) project.

In a cone-shaped land named Kikyōgahara in Shin Province, there lives a girl named Hana. She is a gentle girl, who always thinks of her family, in particular her great-grandmother Chiyo, whom she affectionately calls “Granny.” One day, a traveling entertainment troupe named the Natsugawa Genzaemon Troupe happens by, and the villagers welcome them warmly. Upon finishing their performance and receiving their acclaim, the troupe’s leader spots Hana with some “oyaki,” his favorite food, and transforms into a fox in his excitement.

It turns out that the leader Genbanojō, and his companions O-Natsu and Shinzaemon, are all foxes who have taken on human forms. Genbanojō hastily negotiates with Hana, telling her that in exchange for keeping their secret, he will grant her one wish. She answers, “I want to let my Granny see the cherry blossoms.” 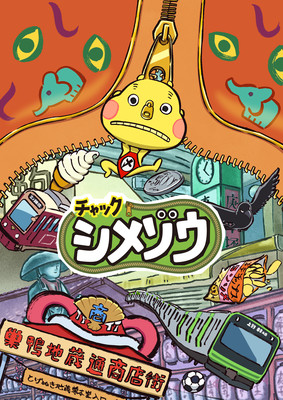 There is an honorable family of zipper yōkai who will close any zipper if they happen to find it open. Their son Chuck Shimezō is currently in training, but has so far not yet closed a single zipper. One day, he gets to know a boy named Hiroki, who forgot to close the zipper on his coin purse and lost 500 yen. They bond over talk of their nagging mothers. Together, they run away from home, and head to Hiroki’s grandfather’s place, but they are also stuck with Hiroki’s sister Chie.

The anime shorts train young animators on-the-job as part of the Japanese government’s Agency of Cultural Affairs’ “Young Animator Training Project.” The project was previously known as “Anime MiraiThe Japanese government’s Agency of Cultural Affairs launched its “Young Animator Training Project” in 2010 with the aim of fostering the growth of domestic animation studios, and tackling the concern that more of the Japanese animation process is being outsourced overseas. spawned such works as Little Witch Academy, Death Billiards (which inspired the Death Parade television anime), and Ongaku Shōjo.