Japanese publisher Kodansha announced the 14 nominees in three categories for its 46th annual Manga Awards on Thursday. Kodansha will announce the winner for each category on May 11.

A Couple of Cuckoos
Miki Yoshikawa
Magazine: Weekly Shōnen Magazine (Kodansha)
Summary: 16-year-old super-studier Nagi Umino, second-year student at the Megurogawa Academy high school, was switched at birth. On his way to a dinner to meet his birth parents, he accidentally meets the brash, outspoken, Erika Amano, who is determined to make Nagi her fake boyfriend as she never wants to actually marry. But once Nagi makes it to dinner, he finds his parents have decided to resolve the hospital switch by having him conveniently marry the daughter his birth parents…who turns out to be none other than Erika herself! (Via Kodansha Comics) 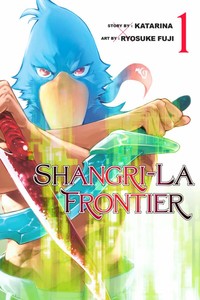 Shangri-La Frontier
Ryōsuke Fuji, Katrina
Magazine: Weekly Shōnen Magazine (Kodansha)
Summary: Second year high school student Rakurou Hizutome is interested in one thing only: finding “shitty games” and beating the crap out of them. His gaming skills are second to none, and no game is too bad for him to enjoy. So when he’s introduced to the new VR game Shangri-La Frontier, he does what he does best—min-maxes and skips the prologue to jump straight into the action. But can even an expert gamer like Rakurou discover all the secrets that Shangri-La Frontier hides…? (Via Kodansha Comics) 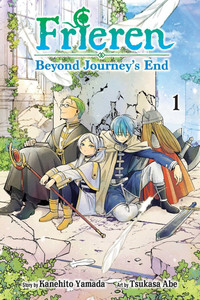 Frieren: Beyond Journey’s End
Kanehito Yamada, Tsukasa Abe
Magazine: Weekly Shonen Sunday (Shogakukan)
Summary: The adventure is over but life goes on for an elf mage just beginning to learn what living is all about. Elf mage Frieren and her courageous fellow adventurers have defeated the Demon King and brought peace to the land. But Frieren will long outlive the rest of her former party. How will she come to understand what life means to the people around her? Decades after their victory, the funeral of one her friends confronts Frieren with her own near immortality. Frieren sets out to fulfill the last wishes of her comrades and finds herself beginning a new adventure… (Via Viz Media) 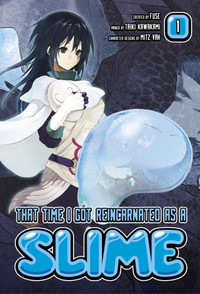 That Time I Got Reincarnated as a Slime
Taiki Kawakami
Magazine: Shonen Sirius (Kodansha)
Summary: Mikami’s middle age hasn’t gone as he planned: He never found a girlfriend, he got stuck in a dead-end job, and he was abruptly stabbed to death in the street at 37. So when he wakes up in a new world straight out of a fantasy RPG, he’s disappointed but not exactly surprised to find that he’s not a knight or a wizard but a he’s become a blind, boneless slime monster. But there are chances for even a slime to become a hero… (Via Yen Press) 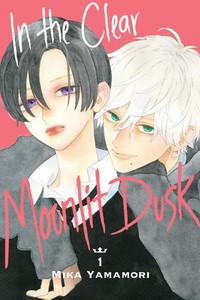 In the Clear Moonlit Dusk
Mika Yamamori
Magazine: Dessert (Kodansha)
Summary: Yoi Takiguchi has long legs, a deep voice, and a handsome face…In other words, Yoi is such a good-looking guy that most people don’t notice or care that she is, in fact, a girl. Indeed, she’s had the nickname “Prince” as long as she can remember. That is, until she met Ichimura-senpai…the only person who’s really seemed to see her for herself. To her surprise, she’s not sure how to handle this new relationship, especially when her newfound friend is a prince himself (and a guy prince, at that). The story of the two high school princesses starts here! (Via Kodansha Comics) 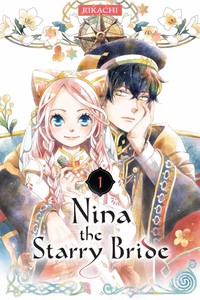 Nina the Starry Bride
Rikachi
Magazine: Be Love (Kodansha)
Summary: Nina had a rough start to life, stealing to survive—and eventually being sold into slavery by her own brother. But to her surprise, her captor, Prince Azure, ordained that she would live the life of a princess…specifically, that of the recently deceased princess-priestess, Alisha. But despite her changing fortune, Nina won’t give up her old life without a fight…and Azure might just be the one to finally match her wits. But how much can she trust Azure? And can she stop the feelings budding in her heart, knowing she must eventually marry another…? (Via Kodansha Comics) 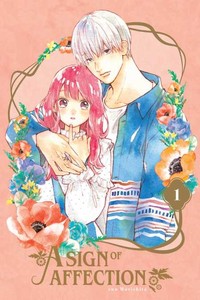 A Sign of Affection
Suu Morishita
Magazine: Dessert (Kodansha)
Summary: Yuki is a typical college student, whose world revolves around her friends, social media, and the latest sales. But when a chance encounter on a train leads to her meeting friend-of-a-friend and fellow student Itsuomi-san, her world starts to widen. But even though Itsuomi-kun can speak three languages, sign language isn’t one of them. Can the two learn to communicate the budding feelings between them? (Via Kodansha Comics) 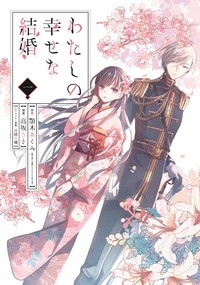 My Happy Marriage
Rito Kohsaka
Magazine: Gangan Online (Square Enix)
Summary: Born to a noble family, Miyo is raised by her abusive stepmother and married off to Kiyoka, a soldier so heartless his prior fiancées fled within three days into their engagement. With no home to return to, Miyo slowly starts to open her heart to her cold and pale husband-to-be, despite their rocky introduction… This might just be her chance at finding true love and happiness. (Via Yen Press‘ description of the original novels) 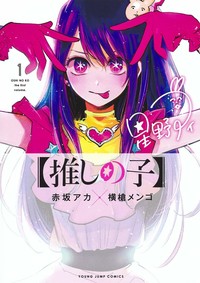 Oshi no Ko
Aka Akasaka, Mengo Yokoyari
Magazine: Weekly Young Jump (Shueisha)
Summary: The manga’s story begins with Gorō, a doctor who coincidentally handles the childbirth of his favorite idol Ai Hoshino, who took a hiatus from the entertainment industry to give birth to her twin babies. However, just before Ai gives birth, Gorō dies from an accident, but is reborn as one of Ai’s children, Aquamarine Hoshino, with his memories fully intact. 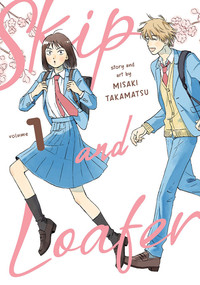 Skip and Loafer
Misaki Takamatsu
Magazine: Afternoon (Kodansha)
Summary: Excellent student Iwakura Mitsumi has always dreamed about leaving her small town, going to a prestigious university, and making a positive change in the world. But she’s so focused on reaching her goals that she’s not prepared for the very different (and overwhelming) city life that awaits her in a Tokyo high school. Luckily, she makes fast friends with Shima Sousuke, a handsome classmate who’s as laid-back as she is over-prepared. Can this naive country girl make it big in Tokyo with Sousuke by her side? (Via Seven Seas Entertainment) 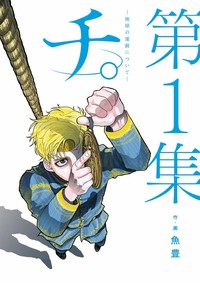 Chi: Chikyū no Undō ni Tsuite
Uoto
Magazine: Big Comic Spirits (Shogakukan)
Summary: Sparks of the discoveries of the Renaissance are only beginning to burn in 15th century Europe, even as those who make discoveries are burned for their heresy. In Poland, a child prodigy named Rafal is expected to be another great mind in theology, but an encounter with a certain man leads him down the path to a heretical truth. 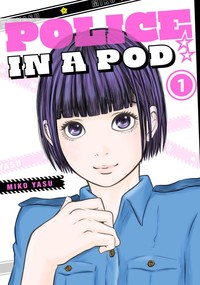 Police in a Pod
Miko Yasu
Magazine: Morning (Kodansha)
Summary: Female police officer Kawai had enough of a career she wasn’t even that into and was about to hand in her registration, when the unthinkable happened—she met the new, female director of her station! And after spending a little time with this gorgeous role model, Kawai realizes that maybe she isn’t quite done being an officer after all. (Via Kodansha Comics) 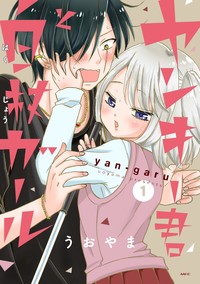 Yankee-kun to Hakujō Girl (The Delinquent and the Girl With the White Cane)
Uoyama
Magazine: pixiv, Nico Nico Seigamanga hack (Kadokawa)
Summary: The manga centers on the relationship between a delinquent named Morio Kurokawa, who rules the city streets, and a girl named Yukiko Akaze, who goes to a school for the blind. 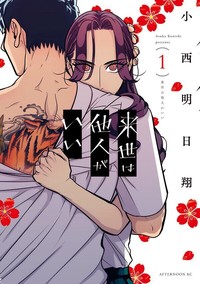 Yakuza Fiancé: Raise wa Tanin ga Ii
Asuka Konishi
Magazine: Afternoon (Kodansha)
Summary: Yoshino grew up as the yakuza princess of the Osaka Somei crime family. Everyone left her alone due to her sharp gaze and mobster ties. But when her grandfather signs a truce with the Tokyo-based Miyama crime family, she’s offered for betrothal to the Miyama leader’s grandson, Kirishima. At first, Kirishima seems amiable and polite–but when he shows his dark side, he proves to be more disturbing than any gangster Yoshino has ever met. This engagement is sure to be a wild ride for a tough yakuza princess and her twisted yakuza prince! (Via Seven Seas Entertainment)

In past years, Kodansha gave out a “Best Children’s Manga” award as well, but starting in 2015 Kodansha has integrated the nominees for that category into the Best Shōnen Manga and Best Shōjo Manga categories instead.