Anime is a vast domain and features a plethora of characters who are perfect in their respective realms. When it comes to the strongest character in the world of anime, it is unlikely for us to give an irrefutable answer. As it is difficult for Marvel or DC fans to decide the most powerful among all the Marvel Universe characters, it is difficult for anime fans to select the strongest anime character ever!

Considering various aspects like physical power, supernatural abilities, and even cyborg strengths, we have made a list of the strongest anime characters ever (these names are not ranked in order). Check out the list now, and let us know about your favorite anime character in the comment section below!

Undoubtedly one of the strongest Martial Arts artists, this man has a fanbase of his own. He’s the 12th chairman of the Hunter Association as well as the head of the Exam Commission. Netero is one of the strongest anime characters and one of the oldest characters across the Anime Universe. Often called the “twisted individual” by Biscuit Krueger, this man is known for his bizarreness and passion for fighting against the enemies.

He has no reverence for the vulnerable and doesn’t show any mercy while battling. Having trained himself in the mountains, this man has a lot of endurance and can withstand anyone. It is believed that Netero smashes faster than the speed of sound is best known for his powerful punches.

The Hero of The Hidden Leaf, Naruto Uzumaki, never succumbed to pressure despite going through numerous sufferings and tragedies. And he is now one of the most beloved anime characters. The story of this man’s childhood is a bit similar to that of none other than JK Rowlings’s wizard Harry Potter(Yes, you’ve just spotted a Potterhead xD). The golden trio consisting of Harry, Hermione, and Ron are often compared with Naruto, Sasuke, and Sakura. Please don’t tell me you didn’t realize the analogy! 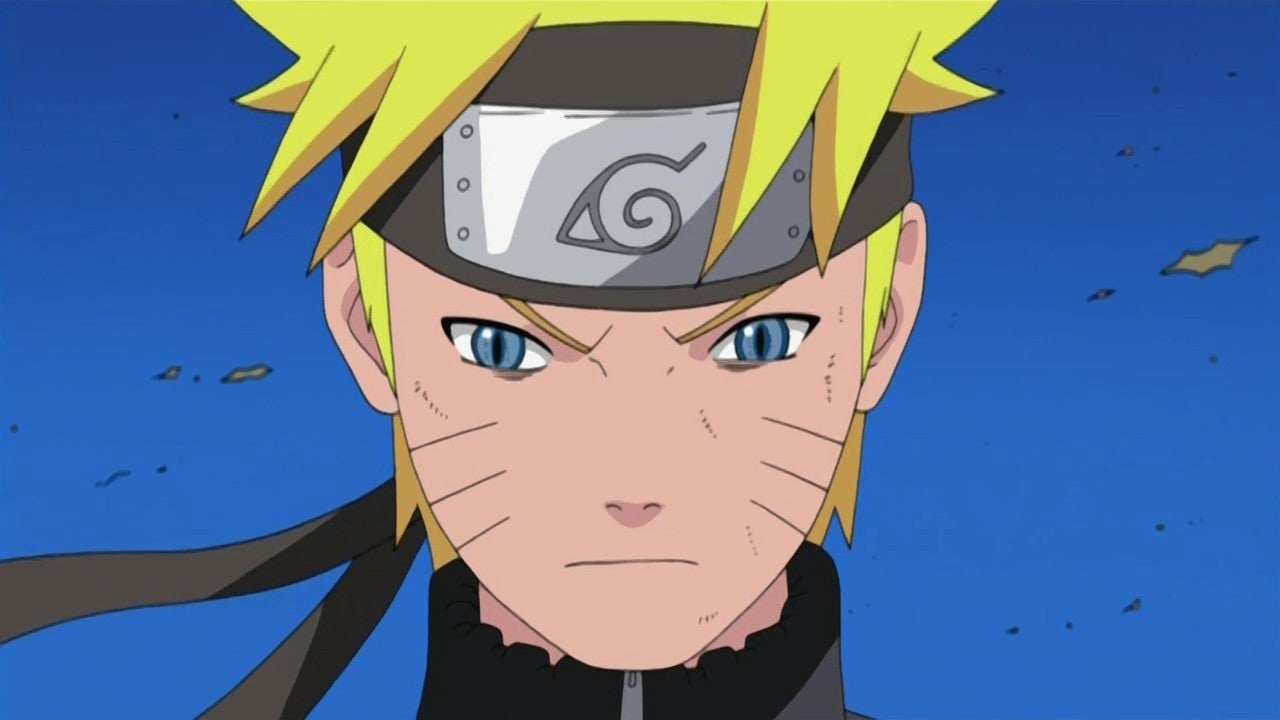 This young ninja played a crucial role in gaining a victory in the Fourth Shinobi World War. Thus, paving his way to becoming the village’s Seventh Hokage. Initially, he faced many difficulties with evolving as one of the strongest ninjas, but with courage and determination, he did it! Apart from him, it is believed it’s just Sasuke who can win against Isshiki.

The famous manga series Attack on Titan, Eren Yeager, takes the eight spot in this list. From superhuman abilities to future memory inheritance, this man has it all. This explains why Eren is currently the inheritor of Attack on Titan. He is known for his robust personality. 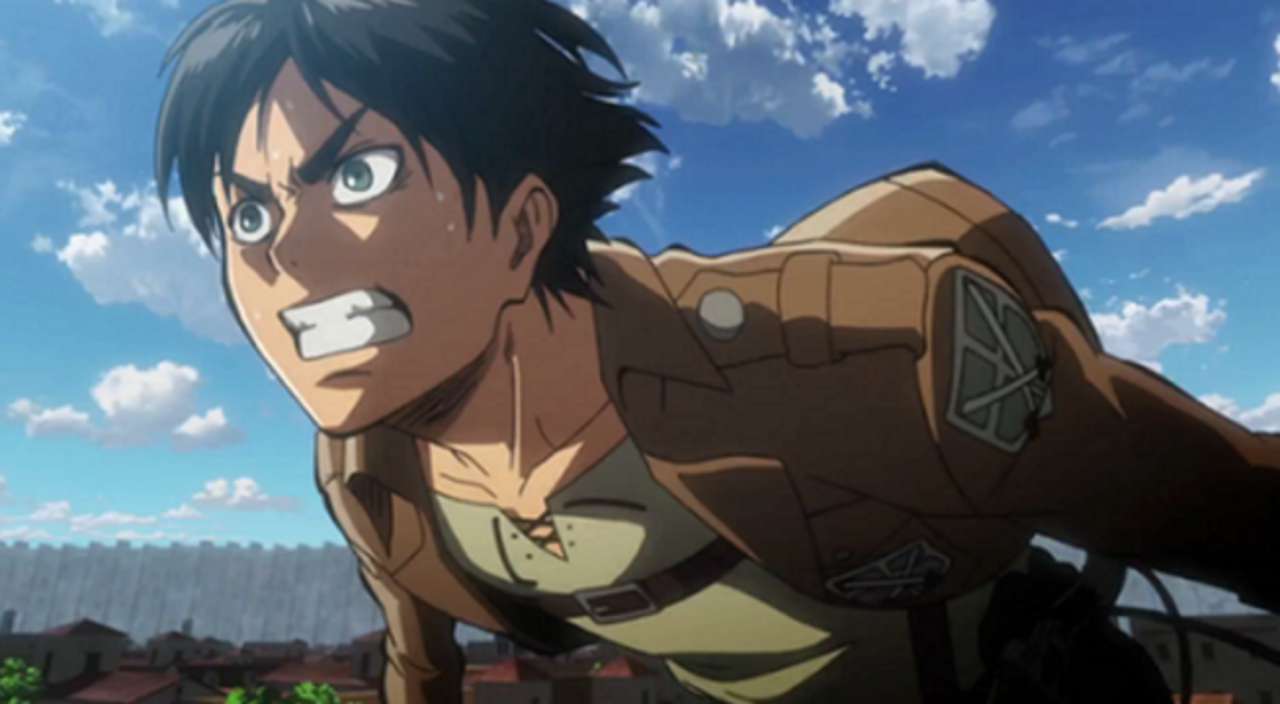 Initially, people mistook him as an antagonist as he committed various murders and went to lengths for the sake of Eldia. In the Unnamed Final Arc, Eren also manipulated Zeke to be entitled “The Founding Titan.” Thus, this character has great physical abilities as well as a knack for getting his work done!

Shigeo Kageyama, also called a Mob, has psychic powers and can destroy anyone with a thought. Unlike other characters, the Mob is soft and compassionate. He’s a third-year student at Salt Middle School as well as a follower of Arakata Reigen. If you are a Stranger Things fan, you would certainly remember the character of “Eleven.” Although he is way more powerful than her, he possesses the same kind of abilities. Just like her, he can lift heavy objects, disassemble things, and even reconstruct them. 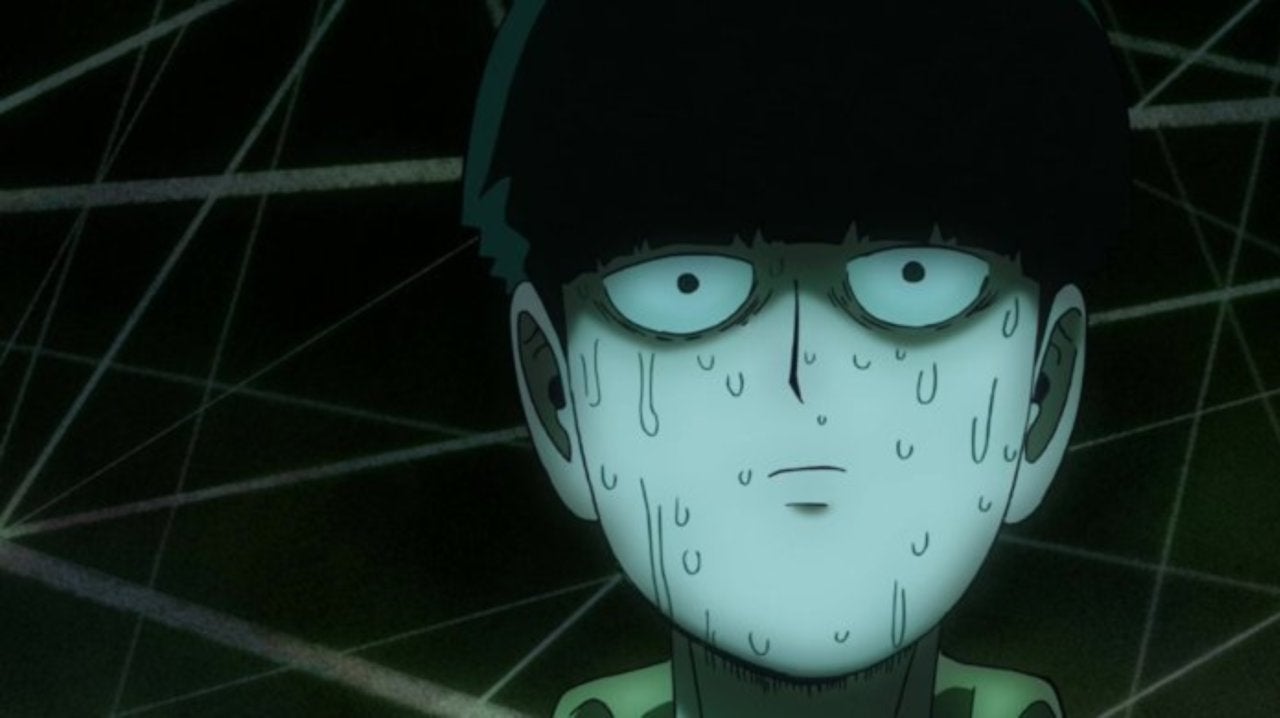 Capable of interacting with spirits, this esper is currently in 8th grade. And he has a long way to go. In one of the episodes when Mob consumed Katsuya’s powers (another esper), he gained his emotions too. This can be seen as some drawbacks. Interest, this character, with his “tremendous telekinesis talents,” has always left us to gasp in awe!

With god-like powers, this warrior takes the sixth spot on our list. Despite being a shy and lonely boy, Simon evolves out as a brave and commanding person. He is the mightiest spiral character and is lauded for his rough experiences to confront in his past. 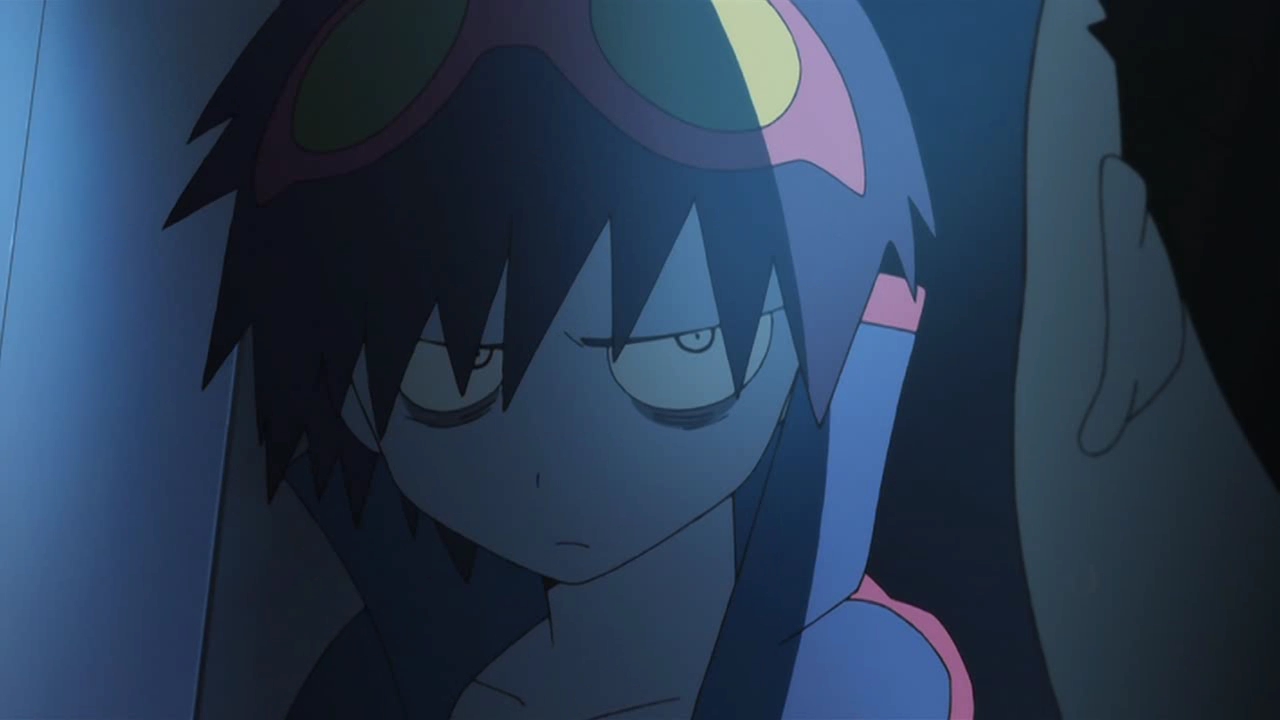 He has an infinite spiral power that can generate drills up to great heights. His most famous as well as intense moves include the Drill Missiles and Giga Drill Break. He also has an amazing defense mechanism to safeguard himself against foes. Simon can create a huge shield to deflect the energies of his opponents. This explains why he takes the sixth spot on our list.

Having watched his martial skills, I can say that he is the mightiest among all his universe characters. Moreover, he keeps the “Ultra Instinct” form that he developed lately. This makes him even more powerful. Thus, defeating anyone who comes on his way. 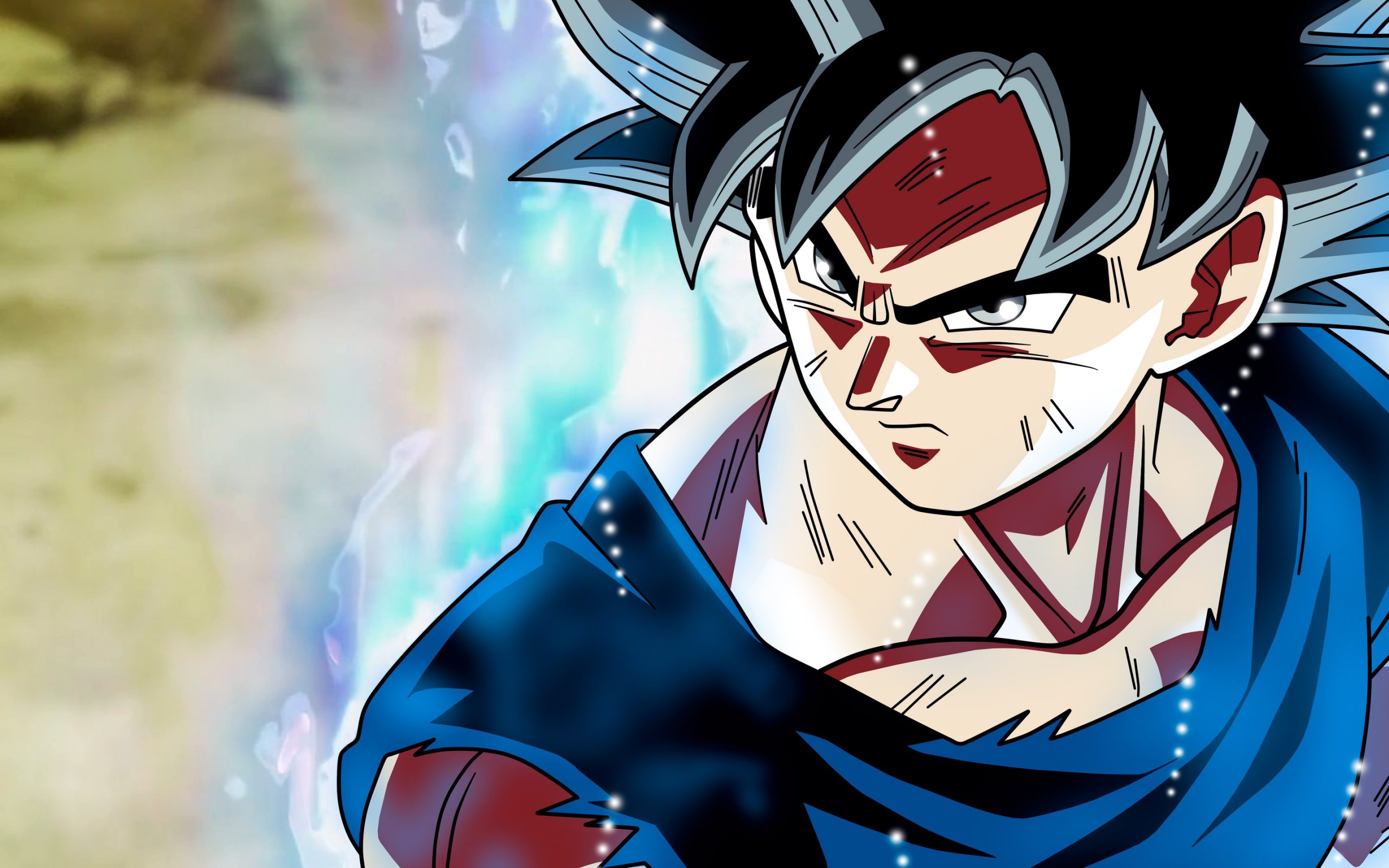 Created by Akira Toriyama, Son Goku is one of the most beloved and powerful characters in the Dragon Ball empire. After gaining enough energy, the money king can even transform into a Great Golden Ape. Once he attains this form, he comes to be even more powerful than Super Saiyan 3.

Shima is not only the central antagonist of Akira but also a deuteragonist. Just like Loki in Marvel Movies, Tetsuo is the supervillain in Akira. As Mob uses his psychic powers to get into people’s minds, Shima too uses telekinesis to thrive in the universe. Raised in an oppressive community, Tetsuo suffered an inferiority complex in the past. 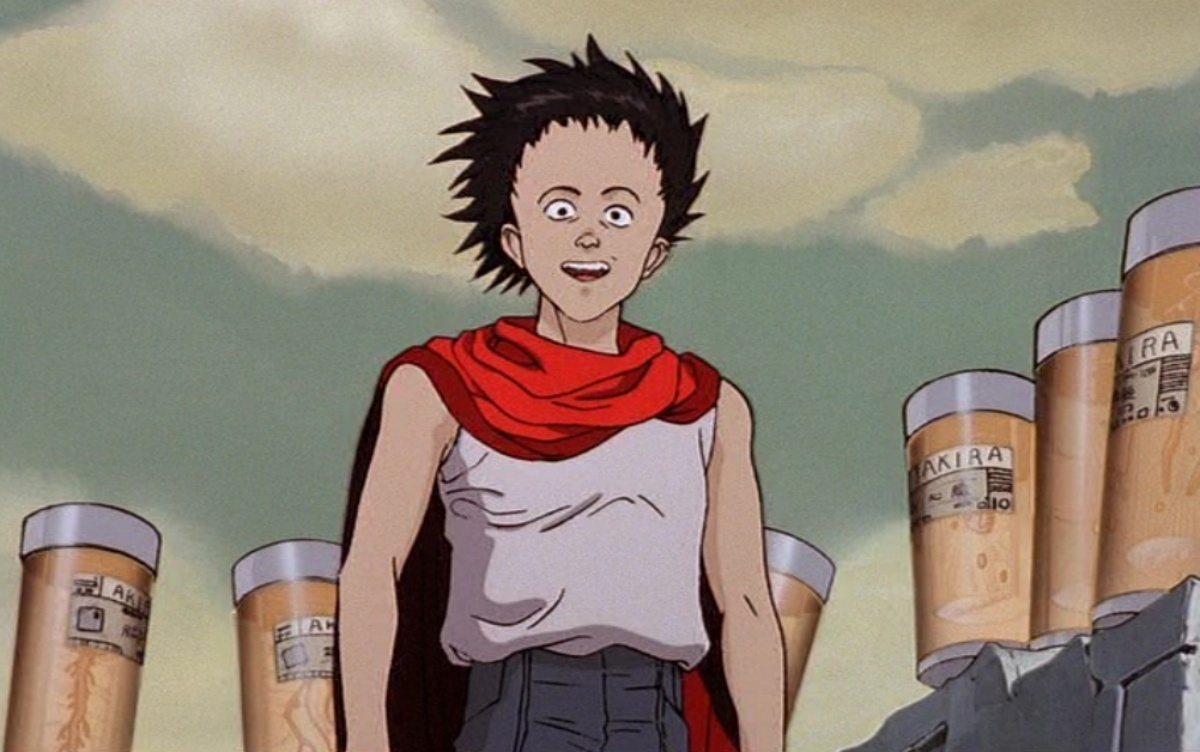 He is displayed as a depressed and discouraged person. Surprisingly, most people could relate to his character more than Akira. Thus, making him one of the most beloved villains. In the end, Tetsuo’s powers turn against him and turn him into an awful creature that resembles foetus.

Only a few characters have the potential to withstand Kyubey. He can manipulate anyone in a go to work for him. This makes him of the most powerful antagonists of all time in the world of anime. He is considered to be eternal as well as omnipotent. 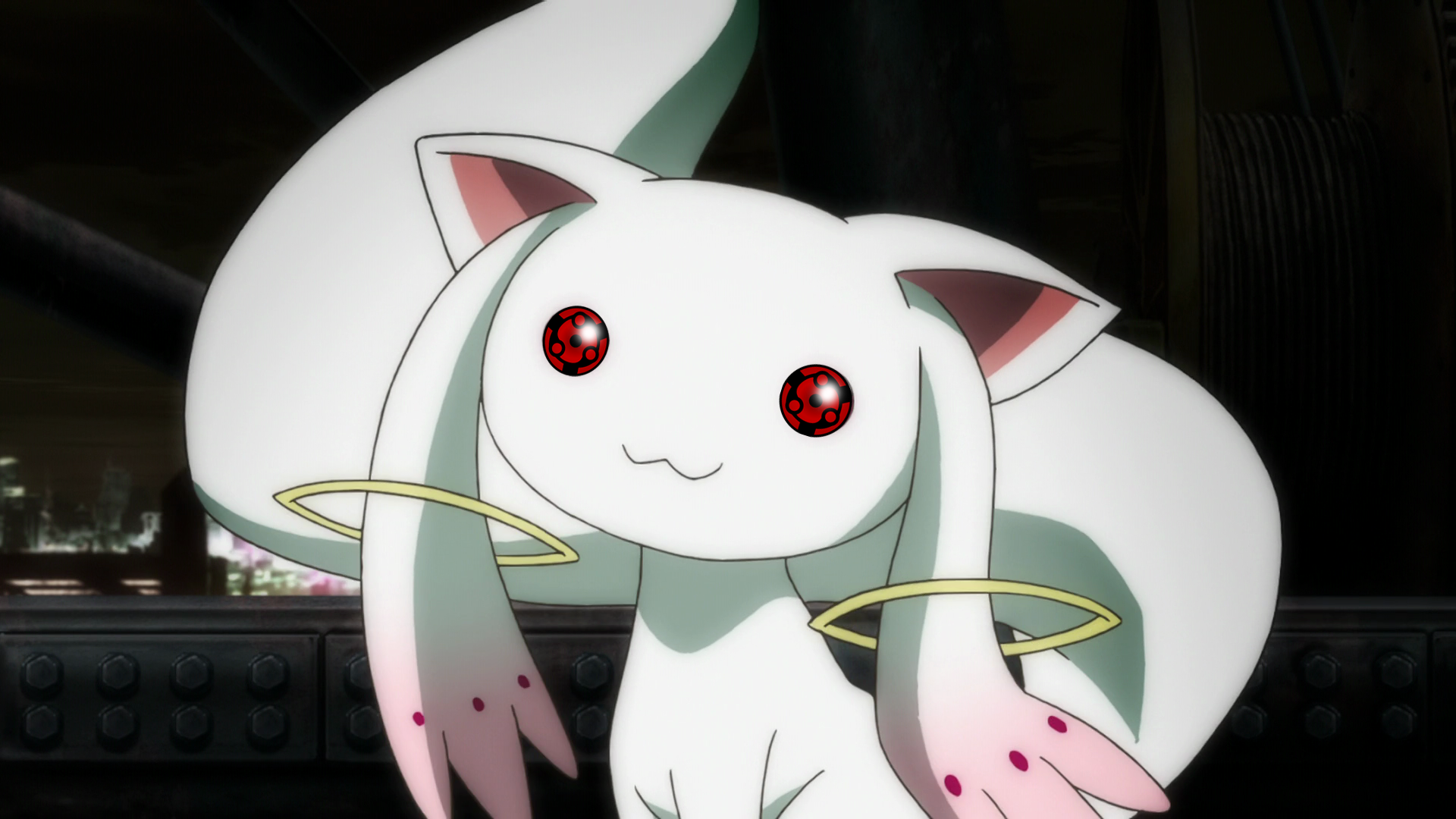 This small cat-like creature is extremely cold and shows no mercy to his enemies. This messenger of magic can make the wishes of any girl come true. Thus, manipulating them to serve as a magic girl, team up with him, and combat witches.

Although it is said that a strict training schedule and tons of hardship framed him as the most powerful character, the truth is the origin of his powers is still unknown. As to answer how powerful Saitama is, know that he can rip anyone off with a single punch. 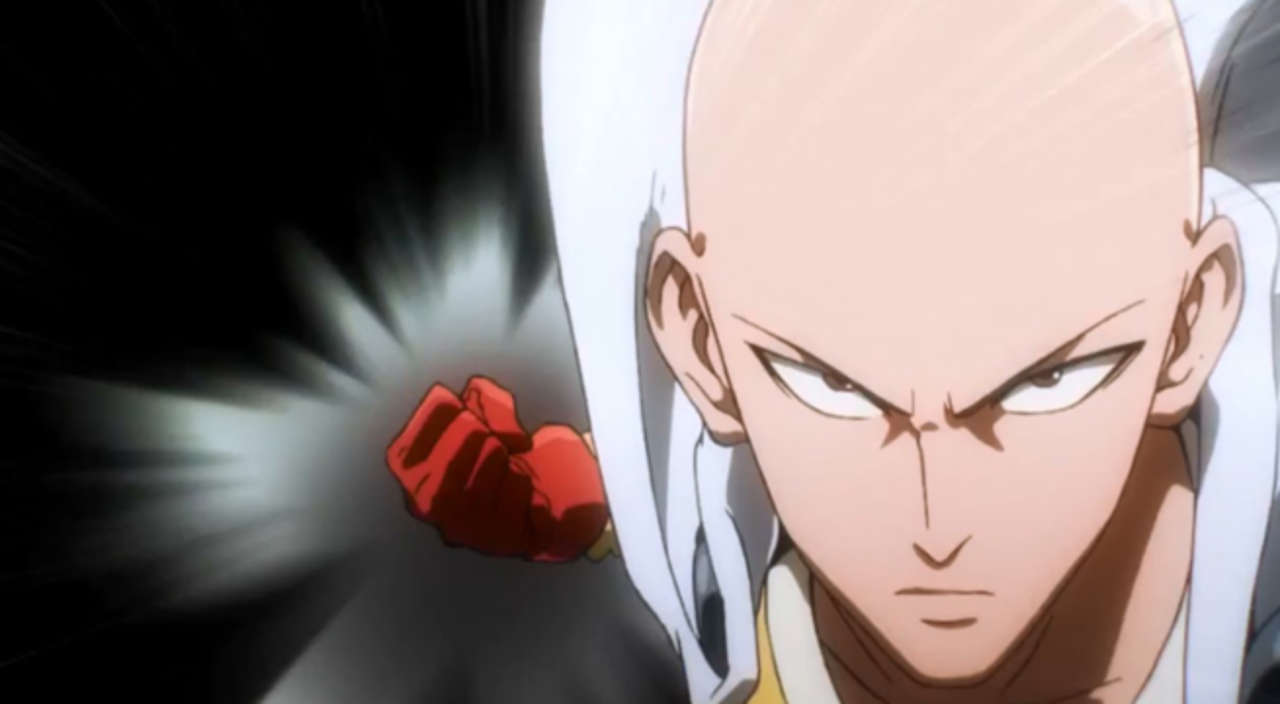 He’s shown as an extremely humble person who doesn’t even strive to become the most powerful character in the universe. He believes that actual joy lies in the journey and not in reaching the destination. His body is so intractable that it enables him to perform shocking actions. And, if he’s so powerful, who can destroy him? Well, jump to the next character to know that!

Meet the strongest character ever in the world of anime—the only person who can defy the law of mass conservation. The law says that matter can neither be created nor be destroyed. But for Zeno, it takes seconds to create as well as destroy the presence of anything. 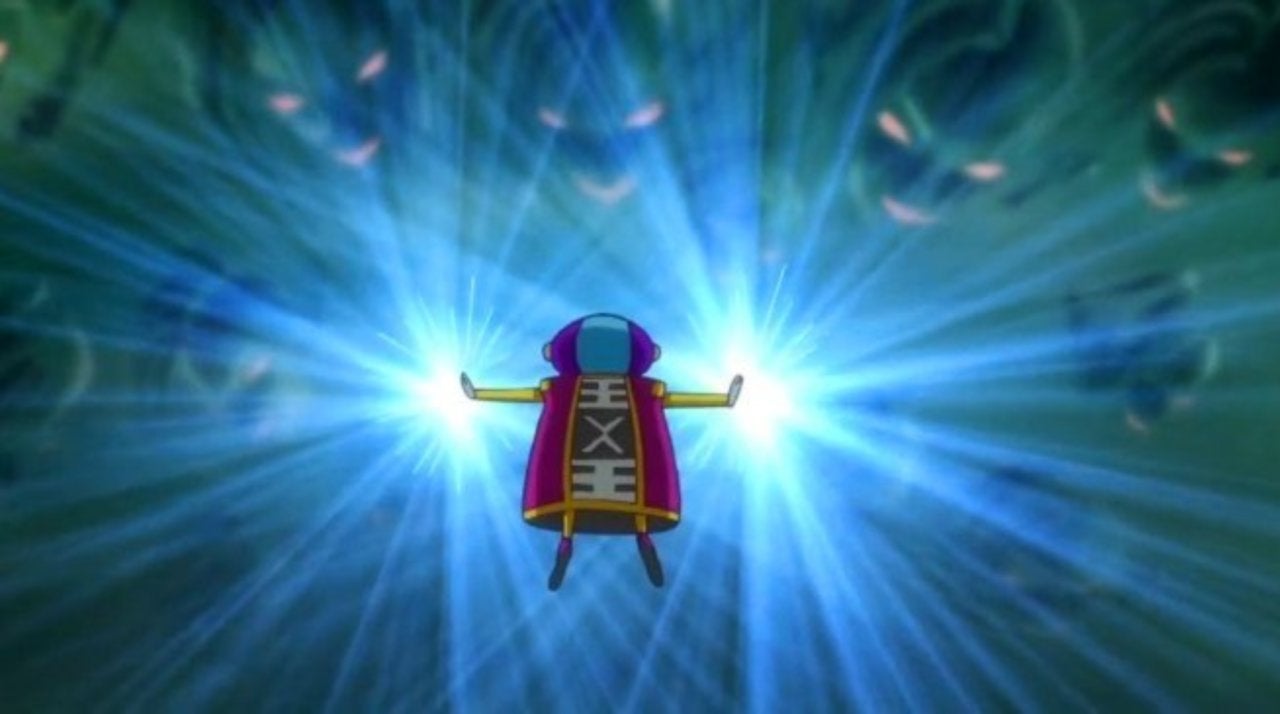 This God has-it-all ranging from commanding space to control time. Zeno is the leader of everything. Period. He’s so powerful that he can destroy even reality on a whim! Is it possible for him to kill the immortals? Duh!

Also Read: High School of the Dead Season 2: When Will This Show Get Renewed?